Russian President Vladimir Putin and US President Donald Trump shake hands before a meeting in Helsinki, on July 16, 2018. On Nov. 29, 2018, Trump tweeted that he is canceling his meeting with Putin at the G-20 due to Russian ships the Kerch Strait near Crimea.
Brendan Smialowski—AFP/Getty Images
By Joshua Gallu / Bloomberg

(Bloomberg) — President Donald Trump said he is canceling a one-on-one meeting with Vladimir Putin after Russia captured Ukrainian ships and sailors in the Kerch Strait near Crimea.

Trump made the announcement in a tweet Thursday aboard Air Force One on his way to the Group of 20 summit in Buenos Aires, where the two leaders were scheduled to meet later this week.

The decision to call off the first one-on-one meeting since the July summit in Helsinki adds to tensions between the two leaders and marks an abrupt change in Trump’s strategy of cultivating warmer ties with the Kremlin. He’s been pilloried for that approach by lawmakers from both parties, who will likely see the break from Putin positively.

The cancellation is a major blow to Putin, who has sought to show he’s not isolated from the international community despite Russian aggression against Ukraine.

Alexander Dynkin, president of the Institute of World Economy and International Relations, a state-run think tank in Moscow that advises Kremlin on foreign policy, signaled earlier this week that such a move could be a deal-breaker.

“If there is no meeting, then probably we will have to stop any interaction with the current administration,” Dynkin said.

Kremlin spokesman Dmitry Peskov didn’t immediately respond to a request for comment. Maria Zakharova, the official representative of the Foreign Ministry, declined to comment, saying the matter was one for the Kremlin.

In a subsequent tweet, Trump opened the door to another meeting once the recent incident with Ukraine is resolved: “I look forward to a meaningful Summit again as soon as this situation is resolved!” 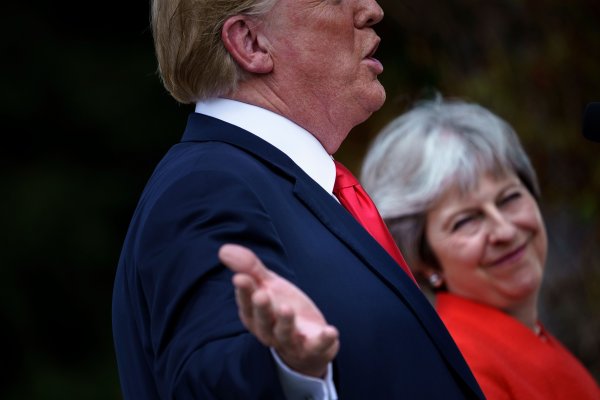 The Quick Read on Donald Trump’s Swipe at Theresa May's Brexit Deal
Next Up: Editor's Pick