My Relationship With the 'Great Maestro' Bernardo Bertolucci

Bernardo Bertolucci was, in my view, a great maestro as a director. His work offers tireless examples of how to stage a scene; of the relationship between the light, the movements of the actors and the camera. There was nobody like him. Only Welles, Fellini and Scorsese managed to keep up. Ordinary mortals like the rest of us limped along behind him. Every time a director finds themselves in difficulty, they can always go back to any film by Bertolucci and say to themselves: “Ah, there, that’s the way to do it!”

I met Bertolucci occasionally, but not often. Every now and then he would want to see me and I would rush to his house. This lack of familiarity meant that, the times I did meet him, I found myself playing the role of an omnivorous and curious observer. I managed to make him laugh but, Bernardo, like all extremely intelligent people, knew that those who make them laugh are best avoided most of the time, because they can become boring in an instant.

And Bertolucci detested boredom. He was an extremely curious man, sweet and sincere, cultured and unpredictable, and, I repeat, frighteningly intelligent. His was a free and razor-sharp intelligence, like that of a great jazz musician. He knew how to make people feel welcome, even the silly and the indolent. He would not fight them, but would study them.

After a night out surrounded by fools he would sometimes phone me and, with a liberating laugh, he would tell me about their idiocy. But he would not do so in a way that was spiteful. Instead, he would describe how they might bend to his eventual, future, entirely artistic advantage.

Great artists know that the entire range of humanity is worth studying, and they cannot allow themselves the luxury of ridicule. They have to try to understand them. And Bertolucci did this better than anyone, because he was not just intelligent, but free.

When I went to visit him I would furiously scrutinize photos half-hidden around his home. All of them emanated an enviable, immense freedom. And in death, maybe, I would like to think he has found freedom as well. 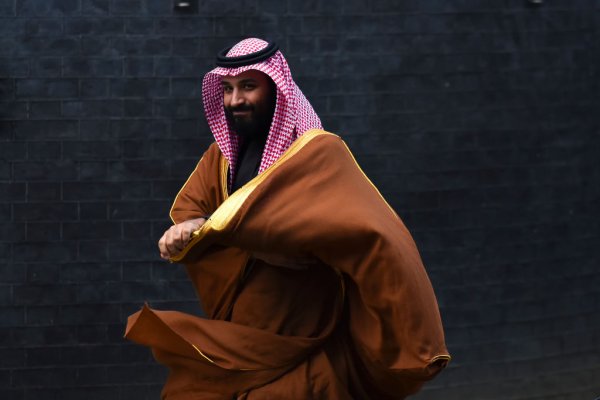 Why Saudi Crown Prince Won’t Be a Total Pariah at G-20
Next Up: Editor's Pick