The adoption of the 21st Amendment to the U.S. Constitution, on Dec. 5, 1933, officially repealed the amendment that had launched Prohibition — more than a decade during which the production, distribution and sale of “intoxicating liquors” was banned. But, though Prohibition had technically been a dry time, some Americans found ways to get around the rules. The period was also followed by a flourishing moment for exotic and elaborate cocktails, as authors Diane Lapis and Anne Peck-Davis show in their book Cocktails Across America. For the anniversary of the end of Prohibition, here’s how to raise a glass 1930s-style:

During Prohibition, Americans boarded cruise ships to far-off places such as Europe, Hawaii, Mexico, Canada and the Caribbean to enjoy cocktail time. Once the ocean liners passed the U.S. coastline’s territorial boundaries, alcoholic beverages were served. The evening’s entertainment was as famous as the nightclubs in New York, striking “joy to the toes of those who love to dance!” Passenger line advertisements promised its wealthier travelers, “to sit in snug deckchairs, to idle, sip things, and watch the smart world go by.”

Although Prohibition outlawed the sale, manufacture and transport of intoxicating beverages, the three-mile, and later the twelve-mile, limit that was imposed around the United States did not actually prevent the import, export and enjoyment of alcohol. It did help to boost cruise ship business, as well as illegal rum running from Canada, England and the Caribbean.

Following the repeal of Prohibition, travelers continued to enjoy drinking, dining and dancing on cruise ships. Ship directors and hostesses would entice travelers to dance to swing or jazz music, or enjoy a cabaret or folk dance performance. Shuffleboard, deck tennis, golf, swimming, horserace betting, pillow fights and fancy dress balls were other interesting pursuits. These two aptly named cocktails thumb their nose at Prohibition, and are a tribute to glamorous times at sea. War correspondent and newspaper reporter Tommy Millard is said to have created the Twelve-Mile Limit recipe.

Shake all ingredients well with ice in a cocktail shaker and strain into a cocktail glass.

Shake all ingredients well with ice in a cocktail shaker and strain into a cocktail glass. Garnish with a lemon twist.

Excerpted with permission from Cocktails Across America: A Postcard View of Cocktail Culture in the 1930s, ’40s, and ’50s, available from Countryman Press. 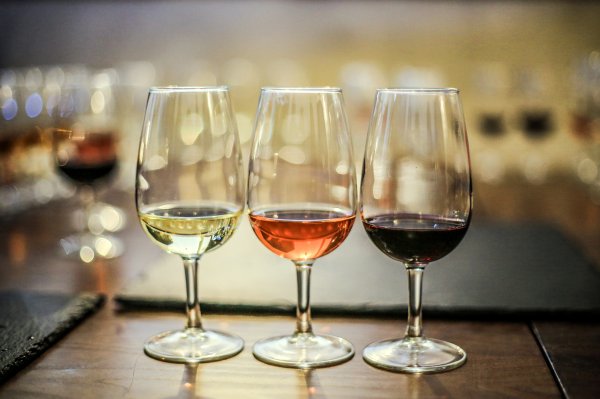 This Wine Advent Calendar Sold Out In Less Than a Day
Next Up: Editor's Pick