Voting on TIME’s Person of the Year reader’s poll has closed. See the results here.

With one week of voting remaining for the 2018 Person of the Year readers’ poll, BTS is holding the top spot. The seven-member K-Pop band — which includes members RM, Jin, Suga, J-Hope, Jimin, V and Jung Kook — retains the lead in the poll with 9% of all “yes” votes as of Nov. 28. The second place vote getter is the the Thai cave divers with 7%, according to the latest results as measured by poll host Apester.

The current top five contenders also include South Korean President Moon Jae-in (5%), planet Earth (5%) and Mohammed Bin Salman (6%), the crown prince of Saudi Arabia who is currently under scrutiny for his alleged involvement in the gruesome killing of journalist Jamal Khashoggi.

Christine Blasey Ford, the psychology professor who testified against then-Supreme Court nominee Brett Kavanaugh in September, former First Lady Michelle Obama and the undocumented children have all earned 4% of the “yes” votes as well.

TIME’s choice for the 2018 Person of the Year will be revealed on December 11. 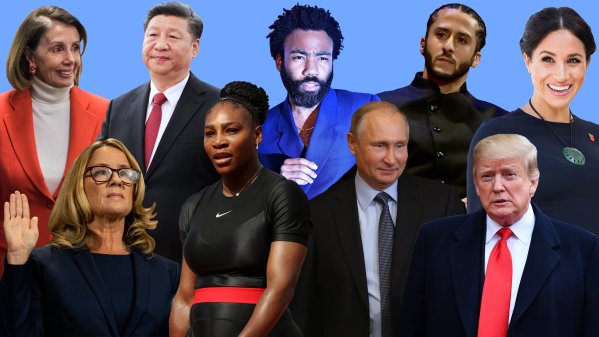