Google has asked Sen. Cindy Hyde-Smith to refund its $5,000 campaign contribution in light of controversy surrounding racially insensitive remarks the Mississippi Republican made earlier this month.

“We can confirm this is accurate,” a Google spokesperson told TIME.

The refund request comes as Hyde-Smith faces the fallout for her comments about attending a “public hanging” during a campaign stop on Nov. 2.

“If he invited me to a public hanging, I’d be in the front row,” Hyde-Smith said in reference to one of her supporters.

She faces Mike Espy, a black Democrat, in a runoff election Tuesday.

She has also joked about voter suppression, saying earlier in November that “maybe we want to make it just a little more difficult” for “liberal folks” to vote.

Both comments have been widely interpreted as racist. Mississippi has a long history of racially-motivated lynchings of black people and of suppressing voters. 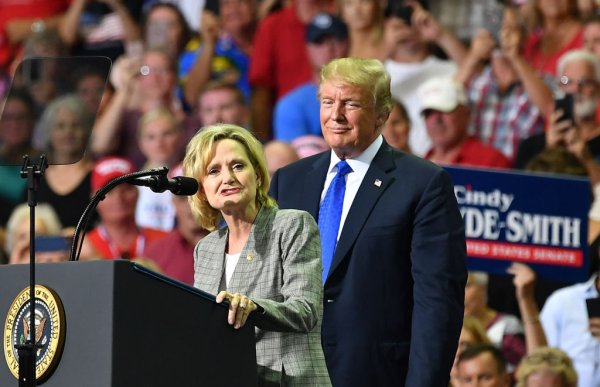