These Are the Best Cyber Monday Deals in Tech

A Nintendo Switch home console fitted with Joy Con controllers photographed on a tabletop, taken on March 7, 2017.
Future Publishing—Future Publishing
By Patrick Lucas Austin
Each product we feature has been independently selected and reviewed by our editorial team. If you make a purchase using the links included, we may earn commission.

With Thanksgiving over, Black Friday come and gone, and you filling up on the last of your leftovers, the last thing you want to do is walk through a store on Monday and do some early holiday shopping, even with all the deep discounts on offer.

If you forgot to nab a deal or two on Friday, there’s always Cyber Monday, when online retailers slash prices on items so you can purchase them from the comfort of your smartphone. Be sure to check your favorite retailers for site-specific deals, too. Retailers like Target are offering a blanket percentage off a variety of products, while Amazon is offering a rotating stable of deals all week.

Here are some of the most eye-catching gadget deals you can snag before the day’s done.

Looking to get Google’s latest smartphone? If you buy a Pixel 3 or Pixel 3 XL from the company, you’ll also receive a Google Home Hub for free, along with a $50 Google Store credit.

Walmart is selling the $839 unlocked Samsung Galaxy S9+ for $639, making it easy to switch carriers whether you’re home or traveling using the high-end smartphone.

You can get yourself a Nintendo Switch along with a $35 Nintendo eShop gift card today for $299, perfect for snagging some quality titles already on sale and ready for instant downloading.

Apple’s latest iPad is down to $249 on Best Buy’s site, saving you a cool $80 on what is a pretty quality tablet that supports the art-friendly Apple Pencil.

Best Buy is taking $200 off the HP Chromebook X360, meaning you can get a device with a 1080p display, plenty of RAM, and enough battery life to get you through a long flight for $449.

If you need more power than a Chromebook provides, you could get a Windows 10 laptop. Originally $999, Dell’s XPS 13 is now $300 off, and features eighth-generation Intel Core processors, a Thunderbolt 3 port for connecting and powering other devices, and a 128GB SSD hard drive for storing your files.

Originally $400, the $189 LG soundbar system features a 4.1 channel sound system and a wireless subwoofer perfect for that new TV you just got.

Getting extras in a cheap television is a rarity, but TCL’s 43-inch 4K TV with HDR for $249 is a pretty good deal. It also includes built-in Roku TV service, so you don’t even need some extra dongle to get your favorite shows and films.

To get a jumpstart on your smart home lifestyle, Google’s offering a bundle for $130 off that includes the Google Home Hub, a Google Home voice assistant, and a three-pack of its Google Wifi mesh network router. 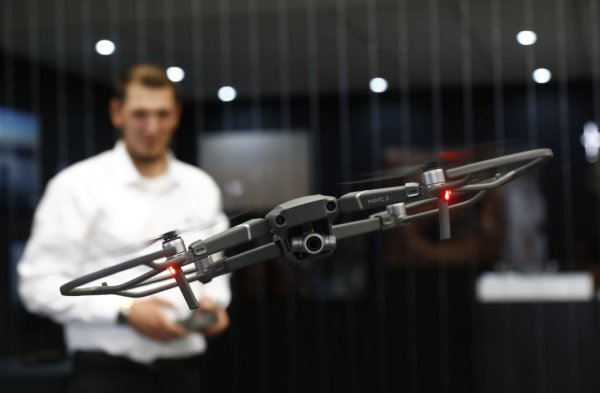 These Are the Best Black Friday Deals in Tech
Next Up: Editor's Pick