The skyline of Abu Dhabi in the United Arab Emirates is seen on Dec. 8, 2017.
Mike Hewitt—FIFA/Getty Images
By Eli Meixler

The United Arab Emirates has sentenced a British academic to life in prison on spying charges, prompting threats of diplomatic blowback from the United Kingdom.

Matthew Hedges, a 31-year-old Durham University graduate student, was sentenced Wednesday in a five-minute court session in Abu Dhabi, the Washington Post reports. He has 30 days to appeal the verdict.

Hedges was in the country on a two-week trip related to his PhD research on Emirati security policy, his family and university said. He was arrested on May 5 at the Dubai International Airport.

For four months, Hedges was held in solitary confinement. The academic was unexpectedly released on bail last month, and was charged with espionage after signing a confession statement in Arabic, a language he does not speak, according to the Post.

A judge sentenced him to life in prison in Wednesday. According to a statement from the UAE, British embassy representatives were present at the trial.

British Foreign Secretary Jeremy Hunt said he was “deeply shocked and disappointed” by the ruling, and warned that the case could have diplomatic “repercussions.”

“Today’s verdict is not what we expect from a friend and trusted partner of the United Kingdom and runs contrary to earlier assurances,” Hunt said in a statement. “I urge the UAE to reconsider.”

British Prime Minister Theresa May also expressed concern and promised to discuss the case with the UAE “at the highest level.”

Family members said Hedges’ health had deteriorated significantly during his detention, and he was hospitalized in October. He reportedly began vomiting on a daily basis after prison officials gave him a mixture of antidepressants, anti-anxiety medicine and sleeping pills, the Post reports.

Daniela Tejada, Hedge’s wife, said the family had been silent on the case for months after British government officials advised them keeping a low-profile would help ease the sentencing.

“The Foreign Office…have made it clear to the UAE authorities that Matthew is not a spy for them,” Tejada said in a statement following the verdict, according to the Post. “This whole case has been handled appallingly from the very beginning with no one taking Matthew’s case seriously.”

Human Rights Watch deputy Middle East director Michael Page said Hedge’s case lays bare the disparity between the Gulf state’s attempts to portray itself as “a progressive and tolerant country” and its “fundamental lack of respect for the rule of law.”

“UAE rulers cannot claim to preside over a global knowledge and education hub while locking up academics,” Page said. 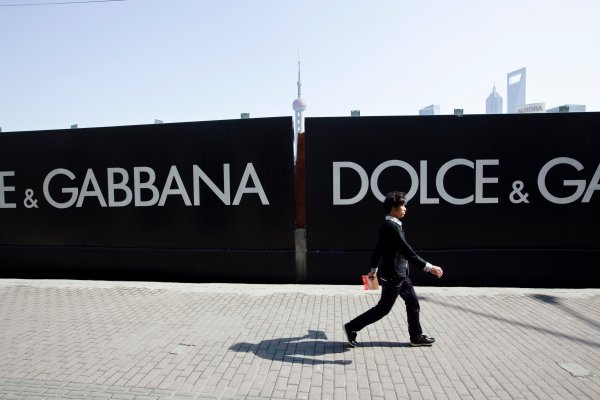