An assortment of newly launched devices, including, an "Echo Input," "Echo Show, "Echo Plus," "Echo Sub," "Echo Auto" and "Firetv Recast" are pictured at Amazon Headquarters, follownig a launch event, on September 20, 2018 in Seattle Washington.
Stephen Brashear—Getty Images
By Patrick Lucas Austin
Each product we feature has been independently selected and reviewed by our editorial team. If you make a purchase using the links included, we may earn commission.

With many of this Black Friday’s most popular deals available online, you might as well kick it off with a few orders from the comfort of your own home. Along those lines, Amazon’s got a slew of discounts and price drops for all manner of smart home devices, televisions, accessories, and other electronics you need to deck the halls with loads of high-tech devices.

If you’re an Amazon faithful, or simply won’t attempt to venture out into the world to save a few bucks on a laptop or TV, here are a few picks out of the thousands of tech deals you can snag without worry.

Amazon’s Blink Home Security brand is knocking anywhere from $33 to $150 off its Blink XT security cameras. Your savings will vary depending on the number of cameras you want, but it can’t hurt to start with just one if you want a device with a years-long battery life and support for HD video recording.

Add an extra level of security and convenience to your home with the August Smart Lock Pro + Connect. You can save up to $50 when purchasing the smart lock and Wi-Fi bridge accessory that makes it possible to control your home security from anywhere.

Amazon’s knocking up to 40% off its stock of Philips Hue smart lighting devices, perfect for adding a little (or a lot of) colorful lighting to your abode.

Amazon’s line of Echo devices are getting deep discounts during Black Friday. Whether you’re interested in saving $25 when purchasing the third-generation Echo Dot, or picking up the Echo Plus for $109, you can also add an extra bit of smart home functionality by adding the normally $25 Amazon Smart Plug for $5.

A variety of PCs, from Chromebooks to gaming rigs, are on sale. You can expect to see discounts on Acer’s Predator gaming laptop, Cyberpower’s gaming desktop towers, and other PC accessories (like Dell’s gigantic gaming monitor, or HP’s portable Sprocket printer).

Amazon’s line of inexpensive and kid-friendly tablets is getting some serious discounts. You can get its Fire 7 tablet for $30, its larger and more recently released Fire 8 HD tablet for $50, and its larger Fire HD 10 tablet for $100.

If you’re looking for a sizable television with some built-in streaming features, Toshiba’s 50-inch 4K UHD with built-in Fire TV software is right up your alley. You can save $100 and pay $299 for a home theater centerpiece with built-in Wi-Fi and seamless integration of live TV channels when paired with an over-the-air antenna.

Save up to 15% on LG’s latest smart 4K TV models, boasting both compatibility with Amazon Alexa and a selection of included streaming video providers thanks to its smart WebOS software, so you can leave the dongles and sticks behind.

Already got a fancy 4K television? You can save $15 and add Amazon’s 4K-capable Fire TV Stick to your existing setup for $39, which comes with an updated Alexa Voice Remote that can turn on and adjust the volume of your entire home theater setup. 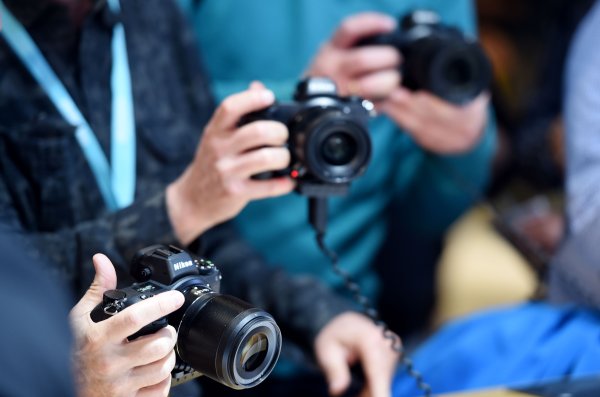