Brother of Man Killed in Suspicious N.J. Fire Charged With Arson for Setting His Own Home Ablaze

A New Jersey family found dead in their home after it was engulfed in flames were targeted and killed before the fire was set, authorities said Wednesday.

On Tuesday, firefighters responded to a fire in Colts Neck, New Jersey, where they found four badly burned bodies. Monmouth County prosecutor Christopher Gramiccioni confirmed the victims were 50-year-old Keith Caneiro and his 45-year-old wife, Jennifer Caneiro. The children were also tentatively identified as their 11-year-old son and 8-year-old daughter.

On Wednesday morning, Gramiccioni also announced the arrest of 51-year-old Paul Caneiro, Keith’s brother. Prosecutors said Caneiro is being held on charges of aggravated arson in connection with setting his own home in nearby Ocean Township, New Jersey ablaze. Prosecutors confirmed that Caneiro’s family was inside the home at the time of the fire, but were uninjured.

Authorities said they believe the two fires were connected but did not specify how. While they would not confirm Caneiro as a suspect, they said there is no reason to believe the person who killed the family is loose and there is no threat to the public.

Officials would not confirm if Caneiro was a suspect or a person of interest in the deaths of his brother and his family, due to lack of forensic evidence. The brothers were business partners at an unnamed tech company.

According to Gramiccioni, the fire damage to the home is extensive and forensic teams are waiting until it is safe to enter the home before examining the crime scene.

“Unfortunately, they were burned severely as a result of the fire that they were exposed to,” Gramiccioni said. “So that’s making things somewhat challenging with the medical examination that needs to ensue, but just stay tuned we’ll get there.” 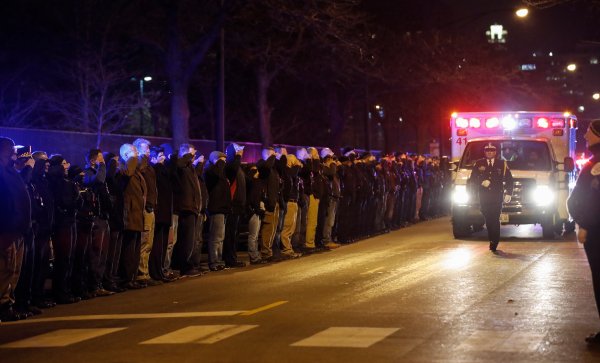 These Are the Victims of the Chicago Mercy Hospital Shooting
Next Up: Editor's Pick