Should You Shop On Black Friday or Cyber Monday?

Black Friday, along with its younger cousin Cyber Monday, are right around the corner. As always, their arrival has left many shoppers scratching their heads over when exactly they should spend their hard-earned money. They also might be wondering what the heck the difference is between all these sale days, anyway.

The answer, it turns out, might be, “not much.“

“More and more, it’s that there really isn’t so much delineation between them as there used to be,” says Rebecca Lehmann, a senior manager at discount-scouting site Brad’s Deals.

“With Cyber Monday, we’ve noticed that it’s kind of morphed into a extended Black Friday weekend because in stores a lot of the deals are recycled,” says Phillip Dengler, head of editorial and content marketing at BestBlackFriday.com, another deal-spotting site.

Experts say that instead of choosing which day is better for shopping overall, consumers should consider each item on their shopping list on a case-by-case basis to find the best deals on individual items.

“What we’re seeing on Cyber Monday versus Black Friday isn’t necessarily more or better deals, it’s just a different product mix,” says Lehmann. “It’s not really necessarily a matter of which one is better.”

Dengler adds that, while he “wouldn’t really wait for anything on Cyber Monday,” travel deals are an exception; cheap-vacation-seekers can often find Cyber Monday discounts on airfare, hotels and more.

Still, for most shoppers, especially those who favor buying products online, the difference between this year’s Black Friday and Cyber Monday offerings is likely to be minimal, aside from some variations on individual products. Of course, for the most hardcore deal-hunters, nothing beats the in-store-only promotions offered on Black Friday, according to Dengler. Those heavily discounted televisions, laptops and appliances are often in limited supply, and some customers camp outside in the cold to get them before they run out.

“Even sales that are listed as ‘Black Friday’ are starting days before the actual Black Friday,” says Dr. Kit Yarrow, a consumer psychologist and former professor at Golden Gate University. “’Black Friday’ has really evolved into a shorthand way of saying ‘big sale.’”

Still, retailers often save the very best promotions for Black Friday (often starting on Thanksgiving) and Cyber Monday. For those true believers craving $79.99 televisions and $2.14 toasters (after mail-in rebate) nothing else will do. 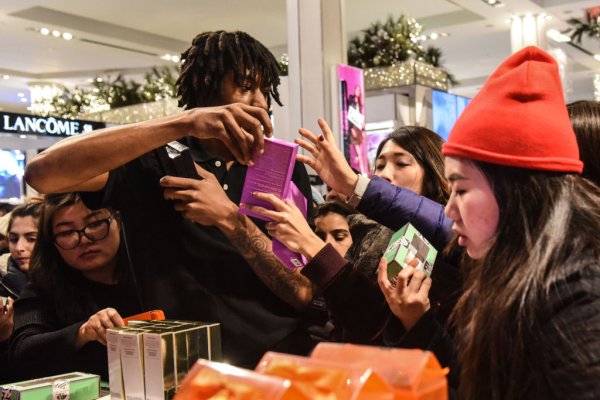 Is Black Friday Shopping Still Worth It? We Asked the Experts
Next Up: Editor's Pick