Inside the Fiery Furnace: A Chaplain's Harrowing Story of Survival in Paradise

In the book of Daniel, there is a story about three men who refuse to worship a golden idol and the furious king who casts them into a fiery furnace as punishment. To the royal’s astonishment, the men are trapped in an “exceeding hot” fire, as he decreed, yet they do not burn. Because the men had faith, a higher power protects them, and they walk out of the furnace unscathed.

This is the tale that Brad Brown, a chaplain at Feather River Hospital in Paradise, Calif., told the sick, scared people huddling inside his Honda Odyssey as flames burned on both sides of them and embers flicked onto the hood. “This is what we need to do here,” Brown recalls saying as they, like thousands of others, tried to escape the deadly Camp Fire that continues to torch Northern California.

“We just need God’s hand to cover us, cover the vehicle. And the fires can be all around us, but they won’t touch us,” the Seventh Day Adventist told his passengers. They were brave words from a man who had already phoned his children to tell them he loves them, thinking that survival was unlikely. It was an especially hard call to make because his 13-year-old daughter and 16-year-old son, fleeing the fire elsewhere, had lost their mother to cancer five months before. Shortly after he made the call, cell service went out.

Two of the people in Brown’s Odyssey were patients who had been in intensive care. Another, laid in the back on a gurney mattress, was in hospice. When Brown arrived at the Feather River Hospital for work on the morning of Nov. 8, an evacuation was already in progress. Like other employees, he pitched in and raced to get patients into ambulances. When they ran out of ambulances, he started loading remaining patients into his minivan — which was soon stuck for hours in gridlock on a road outside the medical center. Cars up ahead had already burst into flames, he was told.

“You could hear the fire,” Brown says. At times, with smoke billowing black, he couldn’t see 20 feet down the road, as he inched the minivan away from flames on one side of the street, then the other. A respiratory therapist, who had also jumped in the van, eventually jumped out and ran back toward the hospital. She couldn’t take the stress of waiting there, he says: “We were all trying to get out of town, but we couldn’t move.” So instead they prayed.

‘Drive the Truck, Jaron. Just Get Out of Town’

Ten days after the Camp Fire started, more than 6,000 firefighters continue to battle two large wildfires that have burned nearly 250,000 acres and destroyed 17,350 structures across the state. Much of Paradise, pop. 26,682, is gone. Eighty-two people are dead, and nearly 1,000 are still listed as missing. (There is hope that many will turn up safe, perhaps not knowing they’ve been reported or because there are duplicate names on the list.) Troops from the National Guard have been deployed, and search and rescue teams are culling through debris with K-9 units. Meanwhile, Californians wait in disbelief for new tallies of destruction, tens of thousands of them displaced.

Survivors like Brown are still reeling from their salvation. The morning had begun normally. The family noticed some smoke in the air but the latest information seemed to suggest that the problem was isolated in the neighboring town of Pulga. So the 42-year-old hugged his kids and sent them off to school. He left their grandmother, who moved in after his wife died, at home with 11 puppies and five dogs, a brood that is part of the family’s longstanding business breeding Bernese mountain dogs and bernedoodles.

“Obviously in our community we’re always concerned about fires,” Brown says. It’s the price people are paying as they move further and more densely into rustic wooded areas, a trend that experts say is a big factor in what has become a year-round fire season in the state.

Brown, his wife Melea and their two kids moved to Paradise about six years ago from Montana, finding appeal in the forest and some relief in cutting-edge clinics that could help treat her colon cancer. “Her goal was to be able to live long enough to be able to raise our kids, to be to the point where they could be on their own,” Brown says. This year, their daughter was singled out for a merit scholarship, a sign that she had become the kind of young woman her mother hoped she would be. Melea was too sick to go to graduation, Brown says, but she was comforted. A week later, she died.

Her son Jaron faced his own test of character in Paradise. The kids were sent home from school soon after they arrived. Jaron then got a panicked call from his father telling him to hook up a 36-ft. trailer to the family truck and get ready to evacuate, loading up dogs, documents, computers, “anything they could grab.” About 45 minutes later, as the real threat of the fire grew clear, Brown called again and told his son — who had gotten his driver’s license about a month before — to get his sister and his grandmother into the vehicle and go. “Whatever you’re doing, don’t do it anymore,” Brown recalls telling him, as he worked to evacuate patients. “Drive the truck, Jaron. Just get out of town.”

Traffic started moving about two hours after Brown first found himself in gridlock. Another woman, who ran out of gas, had taken the respiratory therapist’s seat up front. A bulldozer moved the cars blocking the path and Brown was soon in the dubious haven of a church parking lot. “It was just a big fireball,” Brown says of the structure. Officials eventually came and told them they could move to a bigger parking lot at a nearby Kmart that was better insulated from the flames. They were given the option to stay if they preferred, but Brown says he felt an obligation to go. The patients needed care.

As he drove down the road, he saw what he describes as “an impossible darkness” in front of him. A structure fire blocked all visibility. The woman in the front seat, he says, was screaming at him not to go. “But what do you do? You can’t turn around at this point. So I just floored my minivan and drove through the flames,” Brown tells TIME. “And eventually we made it to other side.”

Though the Kmart lot brought more hours of tense waiting, as law enforcement searched for routes to help people leave Paradise, a sheriff eventually led Brown and a caravan of other vehicles carrying patients to a hospital in the nearby city of Chico. They had survived. Brown soon found out, with a desperately happy phone call, that Jaron had managed to drive the rest of the family (including the dogs) to safety, too. Days later, they discovered their house was one of the few things on the block still standing, though flames had come close enough to burn eaves and melt window frames.

“I’m still realizing the full extent of what has happened, but it’s slowly dawning on me,” Jaron says ten days later, sounding dazed. He says he’s “numb from the fire.” When asked how he kept his focus as he spent hours driving the hulking vehicle out of town, he, like his father, said that he prayed. He and his grandmother also cited Bible verses to each other, including the story of three faithful men who escaped a fiery furnace. 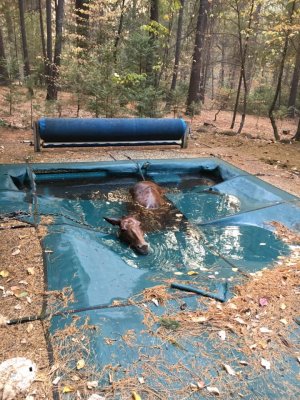