The Definition of a Kilogram Just Changed. That's a Major Milestone in the Grand History of the Metric System

The U.S. National Institute of Standards and Technology called this Friday a “turning point for humanity,” even though the difference between this day and the day before weighs, theoretically, nothing at all.

But, while something that weighs a kilogram — the basic unit of mass — is just as heavy as it was before, the way that kilogram is defined has changed, after a vote by scientists at the General Conference on Weights and Measures in Paris.

For 130 years, the kilogram has been defined as the exact weight of a cylinder of platinum-iridium held in a triple-locked vault in Paris. Metrologists — experts in the science of measurement — refer to the metal lump as the International Prototype Kilogram, or IPK. Others call it “Le Grand K.” It is the one true kilogram in the world, upon which all measures of mass on Earth depend.

But that’s now changed. On Friday, representatives from 60 countries decided to redefine the kilogram, setting its weight in terms of electric current rather than by comparison to a set object. The decision means that all of the seven base units — the meter for distance, the second for time, the kilogram for mass, the mole for amount of substance, the ampere for electrical current, the kelvin for temperature and the candela for luminosity — are now defined in terms of fundamental constants that describe the natural world.

The change, which will come into force in May 2019, will draw the curtain on the use of human-scale physical objects to define measurement units, and thus end an important era in the history of science.

For most of human history, weights and measures were a local matter, often imprecise and varied. The kilogram was born from an effort to change that situation, in the late 18th century. In 1791, the French National Assembly realized that something had to be done about the chaotic state of French weights and measures. Their aim, redolent of revolutionary zeal, was to create a measurement system “for all time, for all people.”

The Assembly decided that a single, immutable system of weights and measures should be established — not that immutability would be the same thing as simplicity. Their new unit of length, the meter, was set at one ten-millionth of the distance from the North Pole to the equator, measured around the poles of the meridian passing through Paris. The liter, at one thousandth of a cubic meter, would be used to measure capacity. And the kilogram, which would measure mass, would equal the mass of one liter of water.

And so the metric system was born.

Not that it was widely used at first. More than three-quarters of a century passed after its official adoption in France before dignitaries from 17 countries signed the international Treaty of the Meter in 1875, thus harmonizing systems of measurement across the world. Fourteen years later, the IPK was built and then whisked away to a lab in Sèvres, France, where it has been kept ever since.

For 129 years, “Le Grand K” remained the reference point for measurements of mass around the world. But change was afoot.

And in 1989, the perils of using human-dependent standards of measurement, rather than those ultra-precise mathematical standards, were handily illustrated. It was discovered, to the dismay of metrologists everywhere, that the IPK was 50 micrograms lighter than the replicas of it that had been distributed around the world. Since “Le Grand K,” by definition, is a kilogram, any change to its mass necessarily alters the definition. Either “Le Grand K” had lost weight, or the replicas had been piling on the (micro)pounds.

Though 50 micrograms might not sound like much, even such a tiny change meant that the weight was no longer accurate enough for advanced research and technological applications. The question, then, was how to figure out a more fundamental — and thus more reliable and precise — way to define the mass of a kilogram.

Read more: The Long, Tortuous History of the U.S. and the Metric System

The new definition of a kilogram will be based on three fundamental constants: the speed of light; the cesium atom’s natural microwave radiation; and the Planck constant, which describes the size of the packets of energy that atoms and other particles use to absorb and emit energy.

The current kilogram mass exerts a specific amount of force in Earth’s gravity — in other words, it weighs something. The revised definition replaces this familiar determination of mechanical force with an electromagnetic measurement tied to the Planck constant and based on electrical current and voltage. Using an instrument called a Kibble balance, after its inventor Bryan Kibble, an electric current is generated in a coil to produce a magnetic field strong enough to offset a mass of one kilogram.

“This redefinition is a landmark moment in scientific progress,” said Martin Milton of the International Bureau of Weights and Measures (BIPM), in a statement. “Using the fundamental constants we observe in nature as a foundation for important concepts, such as mass and time, means that we have a stable foundation from which to advance our scientific understanding, develop new technologies and address some of society’s greatest challenges.”

“Today marks the culmination of decades of work by measurement scientists around the world, the significance of which is immense,” said Barry Inglis, Director of BIPM. “We will now no longer be bound by the limitations of objects in our measurement of the world, but have universality accessible units that can pave the way to even greater accuracy, and even accelerate scientific advancement.” 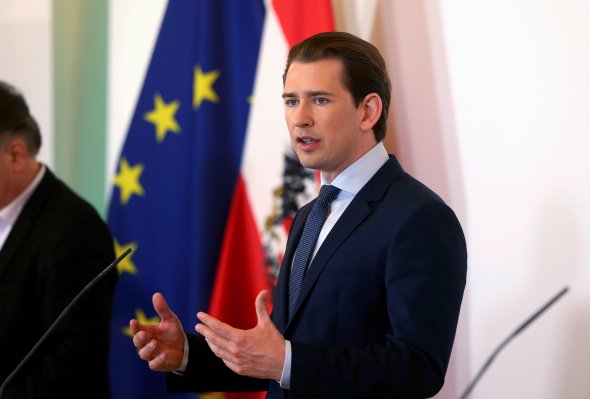