Mark Zuckerberg Tries Out Transparency as Yet Another Crisis Hits Facebook

About 38 minutes into a conference call with reporters on Thursday, Mark Zuckerberg asked for more.

“I think we should probably take a bunch more questions,” the embattled Facebook CEO said, despite the fact that the call was scheduled to end a few minutes later.

The day after an investigation by The New York Times called Zuckerberg’s leadership into question — and accused the company of concealing damaging information from the public — it was evident that he is pursuing a painstaking approach to crisis management: more transparency. Among the revelations was that Facebook hired an opposition-research firm that uses a right-leaning news site to go after clients’ “enemies,” and that the company previously tried to downplay the existence of Russian meddling on the platform.

The call was originally designed to reveal how the company is changing its approach to content moderation. On Thursday, Facebook also released a report showing how much “bad content” — ranging from hate speech and bullying to nudity and terrorist propaganda — it is taking down each quarter because it violates the platform’s terms of service. (The short answer: billions of items, and growing.)

Zuckerberg announced a bevy of related initiatives, such as Facebook’s yet-to-unfold plan for stopping the spread of sensational and provocative content that doesn’t technically violate its terms. The most significant may be the creation of an independent board that will act as a check on the decisions the company makes about “what stays up and what comes down” among the billions of posts that Facebook’s 2 billion-plus users share every day. Zuckerberg also promised to start holding quarterly calls to provide updates on how this massive, thorny effort is proceeding — further proof that Facebook is hoping that more openness will help solve its many problems.

But the majority of questions that the CEO fielded were not about the scheduled program. Instead, he was pressed on issues raised in the Times investigation, such as how and why Facebook ended up hiring a firm called Definers, which is affiliated with a conservative news site called NTK Network and reportedly spread negative stories about rival technology firms to take heat off Facebook.

Zuckerberg said he wasn’t previously aware that Facebook had hired the firm. Instead, he said he read the news along with everybody else (and then immediately cut those ties). Neither, he said, was Chief Operating Officer Sheryl Sandberg, who was painted in the piece as letting appearances get in the way of truth as the company dealt with fallout from evidence of Russian meddling on the platform.

When asked whether this was evidence that he does not have sufficient control over the company, Zuckerberg said that it is natural to lack some knowledge of operations in a company with tens of thousands of employees. “I just think that is part of the reality of running a company,” he said. “I’m not going to know what every single person here is doing.”

In a post also released on Thursday, Facebook detailed what it viewed as inaccuracies in the story. “I want to be very clear about one thing,” Zuckerberg said on the call. “I’ve said many times that we were too slow to spot Russian interference … and we certainly stumbled along the way. But to suggest that we weren’t interested in knowing the truth or that we wanted to hide what we knew or that we tried to prevent investigations is simply untrue. People have been working on this non-stop for more than a year.”

In addition to being CEO and founder, Zuckerberg is chairman of Facebook’s board and controls 60 percent of voting shares. In response to a question about whether he was ready to give up some of that power, he said, as he has before, that he continues to believe he’s the best person to run the company. He said Sandberg isn’t going anywhere either, crediting her for much of the progress the company has made on “big issues” that it is facing. And he pushed back on the notion that the “board composition” needs to be rethought more generally.

The limits of Zuckerberg’s commitment to transparency were laid bare as he was repeatedly asked whether anyone would be fired over Facebook’s failings, particularly the fact that it had hired a firm that, as the CEO put it, is “not the kind of thing I want Facebook associated with.”

“I feel like I’ve answered this question a bunch of times,” he said. “I’m not going to, on this call, get into specific personnel changes or things like that.”

Yet, a few minutes later, he again pushed back when one of his employees tried to bring the call to a close. “There are a lot of good and important questions here,” he said, buckling in for another half hour, “so let’s keep going for a while.” 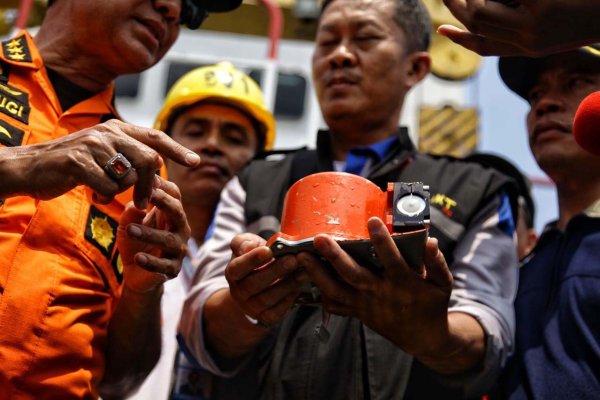 Pilots: Boeing Mum on Feature Linked to Crash
Next Up: Editor's Pick