Soldiers of the 104th Engineer Construction Company weld brackets along the border wall in Nogales, Ariz.
Meridith Kohut for TIME
By W.J. Hennigan

It was quiet in Nogales, Ariz., before the soldiers appeared. A line of armored vehicles rumbled through the morning stillness of the dusty border town, past its fading Old West–style storefronts and groups of curious locals who stepped into the autumn air to watch the convoy roll to a stop. American troops leaped to the pavement, clad in helmets, combat boots and camouflage fatigues. Wiping sleep from their eyes, the soldiers sized up their task: welding coils of razor wire atop the city’s 20-ft.-tall border fence with Mexico.

Everything felt out of place. The Army’s 104th Engineer Construction Company, based at Fort Hood, typically builds roads for hulking military vehicles in remote combat zones like Iraq and Afghanistan. But since Election Day, Nov. 6, they’ve been working on the border fence in Nogales, down the street from Kory’s bridal store. It isn’t a mission the troops are trained or equipped to do: the seven bulldozers, two excavators and other heavy equipment they hauled from central Texas have proved useless. Instead, they have been figuring it out on the fly, executing orders handed down by the Commander in Chief, President Donald Trump. 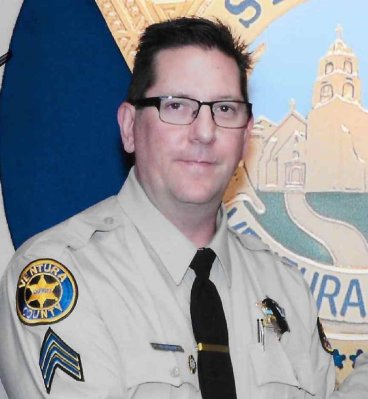 Deputy Killed in Thousand Oaks Shooting 'Died Doing What He Would've Wanted to Do,' Widow Says
Next Up: Editor's Pick