Deputy Killed in Thousand Oaks Shooting 'Died Doing What He Would've Wanted to Do,' Widow Says

The family of Sgt. Ron Helus, the Ventura County sheriff’s deputy who was killed trying to stop a mass shooting at a crowded bar in Thousand Oaks, Calif., called him a hero in a new interview.

Helus, who spoke to his wife multiple times during his shifts, was on the phone with her when he got the call to respond to the shooting at the Borderline Bar & Grill. When Helus entered the bar, he was shot multiple times and later died at a hospital. He was one of 12 victims in the shooting.

“He said he loved me and I said I loved him and that was the last time I talked to him,” the officer’s widow Karen Helus told NBC’s Today show. “He was a hero. He would have said he was just doing his job, but he is a hero and I want him to be known for that.”

Helus enjoyed outdoor activities with his son, Jordan who said he had a “life of good memories” of fishing and camping with his dad.

Karen Helus said her husband “had a heart of gold.”

“I can’t bring him back. But he died doing what he would have wanted to do,” she said. “He’s in a better place now.” 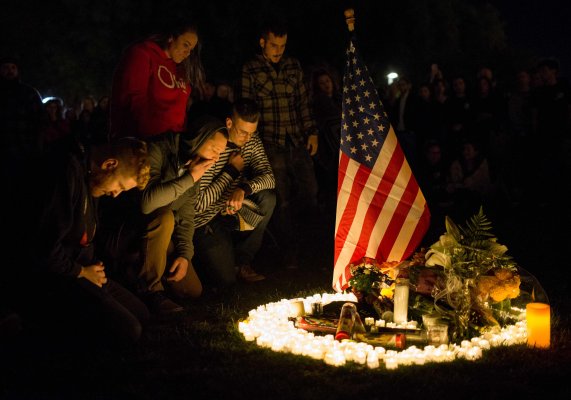