The Saudis Can Fix Oil Prices, But Can They Repair the Crown Prince’s Image?

The global supply of oil might be about to shrink, and prices rise. Saudi Arabia’s Energy Minister announced on Nov. 11 the kingdom would cut its oil production by 500,000 barrels per day in December. In the same month, the 15 nations that make up OPEC will likely confirm a coordinated move to push prices higher. Add the imposition of U.S. sanctions on Iran’s oil exports that came into force on Nov. 5, lower production in crisis-plagued Venezuela and the risk that unrest may lower production in places like Libya and Nigeria, and oil could be set for a rebound.

Or maybe not. Before we prepare for a significant price surge, let’s remember the reasons why oil prices have been sliding in recent weeks. Projections for oil demand are being revised downward for 2019, as the still escalating U.S.-China trade war raises fears of a sharp slowdown in economic growth across the Asia-Pacific region. And the Trump Administration has made it clear that high oil prices that push up gas prices for ordinary Americans are unwelcome. That’s why the White House has exempted several countries from sanctions to allow them to continue to buy Iranian oil for at least another 180 days, easing the pressure on supply.

But the Saudi cuts are less about the future of global oil markets than about current anxieties among the Saudi royals. In particular, the cuts reveal the kingdom’s fears that the Saudi murder of journalist Jamal Khashoggi in its Istanbul consulate will continue to poison attitudes of foreign investors toward the kingdom and its leadership. As more information emerges about what Crown Prince Mohammed bin Salman knew about the killing, so too does the risk to funding for the Vision 2030 economic reform and diversification plan that is crucial for Saudi modernization. Less investment heightens the need for more oil revenue.

The Saudis can influence global oil prices by slowing production. If only it were so easy for the crown prince to repair the damage to his image. Yet there are steps he can take to present himself to the international community as a more responsible actor. He can make clear that he remains committed to the modernization of Saudi society, particularly by creating new opportunities for Saudi women within the kingdom’s economy. He can pursue a cease-fire in the war in Yemen, or otherwise move to end the humanitarian crisis there. He can ease the political and economic blockade of Qatar, which he instigated 17 months ago to punish the emirate for its close ties with Iran and the negative media coverage from the Qatar-supported media network al-Jazeera. He can repair and improve relations with Turkey, whose President Recep Tayyip Erdogan has piled pressure on the crown prince over Khashoggi’s death. He can quiet his aggressive criticism of Iran.

Until now, the Saudis may have believed that building solid ties with President Donald Trump after years of frosty relations with his predecessor would allow the young Saudi crown prince to pursue an aggressive foreign policy in harmony with his aggressive bid to become king. The Khashoggi murder and the disastrously inept attempt to cover it up have changed all that. This latest move to cut oil production announces Saudi recognition of Saudi vulnerability. It’s a welcome development for the stability of the Middle East, a region shaped by rivalry between Saudi Arabia, Iran and Turkey. Anything that makes the next Saudi king a bit less aggressive and a lot more circumspect should be considered good news. 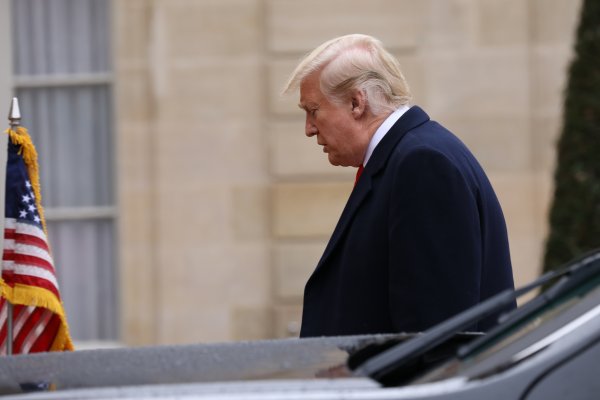