The Real Reason Why Thanksgiving Is Always on a Thursday

For Americans, the timing of the Thanksgiving holiday — the fourth Thursday in November — can be a blessing or a curse. Get Friday off as well and it’s the rare four-day weekend; go back to work and it’s just a hassle for travel.

But, as it turns out, the earliest Thanksgivings in what’s now the United States had very different timing. Crucially, they weren’t just a once-a-year special event.

“The earliest Thanksgivings in the [American] colonies in the 17th century were called for the purpose of giving thanks for a specific blessing,” says Melanie Kirkpatrick, author of Thanksgiving: The Holiday at the Heart of the American Experience and Senior Fellow at the Hudson Institute. Much-needed good weather or a victory in a skirmish with Native Americans — with whom, contrary to the more mythical Thanksgiving story, peace was the exception to the rule — might earn a mention from a colony’s governor, and a special day would be set aside, but when that day fell would obviously depend on what had happened. For example, leaders of the colony of Plymouth, Mass., called for a day of Thanksgiving in 1623 at the end of a severe drought when they felt like their prayers for rain had been answered.

But, as it turns out, those sporadic days of thanks tended to fall on Thursdays.

The 1984 book Thanksgiving: An American Holiday, an American History by Diana Karter Appelbaum explains why the other days of the week fell out of consideration among 17th-century Bostonians:

Connecticut was the first to make Thanksgiving an annual event for ordinary blessings, according to Kirkpatrick.

Those occasional Thanksgivings started becoming more formalized thanks to none other than George Washington, she says. In a Oct. 3, 1789, proclamation, he recommended that the states all carve out Thursday, Nov. 26, for “a day of public thanksgiving and prayer.”

Congress met for the first time that year, so it was a busy time of implementing the Constitution that had been ratified the year prior — setting up the Departments of State, War and Treasury, for example, as well as taxing imported goods and establishing lighthouses — so the proclamation framed the Thanksgiving as a time for “acknowledging with grateful hearts the many signal favors of Almighty God especially by affording them an opportunity peaceably to establish a form of government for their safety and happiness.”

The country took his recommendation in 1789. In subsequent decades, state governors kept up the tradition of declaring days of Thanksgiving, but the dates still varied.

Sarah Josepha Hale, the editor of Godey’s Lady’s Book who might be thought of as the 19th century’s Martha Stewart, carried out a letter-writing campaign calling for the last Thursday of November to be designated a “Day of National Thanksgiving” throughout the mid-1800s. As she explained in an 1851 editorial, “The last Thursday in November has these advantages — harvests of all kinds are gathered in — summer travellers have returned to their homes — the diseases that, during summer and early autumn, often afflict some portions of our country, have ceased, and all are prepared to enjoy a day of Thanksgiving.” On Sept. 28, 1863, she wrote a letter to that effect to President Lincoln, and sure enough on Oct. 3 he declared a national Thanksgiving for the last Thursday in November, elaborating in newspaper editorials that, “in the midst of a civil war of unequalled magnitude and severity, the American people should take some time for gratitude.”

Presidents after Lincoln regularly called for Thanksgivings on a Thursday. (Canadian Thanksgiving, meanwhile, ended up as a Monday holiday.) Such proclamations were generally uneventful until August 1939, when Franklin Delano Roosevelt sparked controversy by moving Thanksgiving up from the last Thursday in the month, Nov. 30, to the next-to-last, Nov. 23, claiming merchants would benefit from another excuse for shopping between Labor Day and Christmas.

“Football coaches were furious: 30% of them had games scheduled Nov. 30 which would now play to ordinary weekday crowds,” TIME reported after the news broke that August. “Calendar-makers took the blow quietly except for Elliott-Greer Stationery Co. of Amarillo, Tex., which happily discovered it had designated Nov. 23 as Thanksgiving Day by mistake. Alf Landon sounded off in Colorado as follows: ‘…Another illustration of the confusion which his impulsiveness has caused so frequently during his administration. If the change has any merit at all, more time should have been taken in working it out…instead of springing it upon an unprepared country with the omnipotence of a Hitler.'”

Twenty-two state governors proclaimed Nov. 23 Thanksgiving that year, and 23 proclaimed Nov. 30, while Colorado and Texas declared both days Thanksgiving, and Mississippi didn’t designate one at all. Roosevelt confessed that the change was a mistake in a press conference in the spring of 1941, acknowledging that merchants didn’t see the anticipated benefit from the additional time for shopping before Christmas. It was, one pundit observed, the only New Deal move that FDR himself “formally renounced,” as TIME put it.

Sarah Josepha Hale’s dream of Thanksgiving Thursday as law wouldn’t be realized until Dec. 26, 1941, when FDR signed a joint resolution, passed by Congress, that declared the fourth Thursday of the month a Federal Thanksgiving Day holiday.

Today, the timing of Thanksgiving is no longer a heated political debate — though heated debates at the dinner table are, in some families, as much of a tradition as the turkey feast. 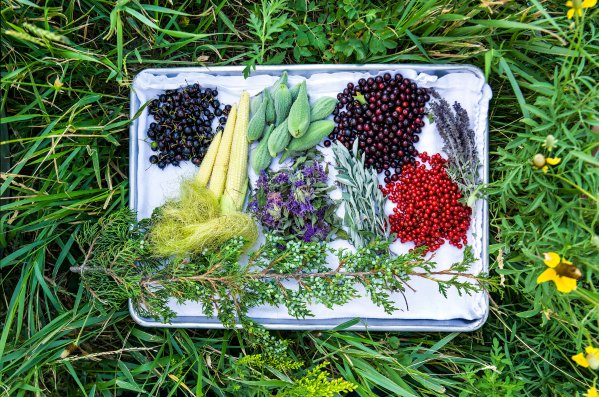 How I Celebrate Thanksgiving as a Native American
Next Up: Editor's Pick