Authorities in California are sharing one woman’s terrifying footage of her escape from the Woolsey Fire in Malibu – hoping it will serve as a lesson to others about heeding evacuation warnings.

Rebecca Hackett posted the Instagram video of her escape from the fire on Friday.

“I felt the strongest wind I ever felt in my life. The fire came so quickly. One minute it was calm and then suddenly they were on top of us, so we had to evacuate,” she told ABC30 in Fresno.

“I drove through flames for about two minutes. I thought I was going to die. I’m down in the valley now but there is still smoke everywhere,” Hackett added.

In the recording, Hackett can be seen driving through a tunnel and emerging into an inferno that she admits she was lucky to survive.

The Los Angeles County Sheriff’s Department shared the video on Twitter, accompanied with a warning about the perils of a fast-moving fire.

“This very graphic video shows the dangers of a fast moving fire and how important it is to leave affected areas after fire officials declare an evacuation order,” read the tweet. 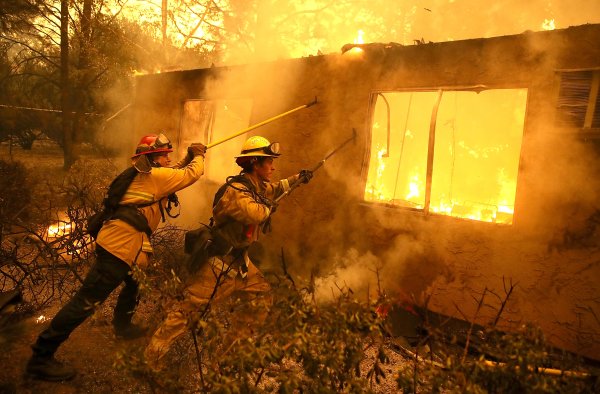 Escape From Paradise
Next Up: Editor's Pick