A sash is wrapped around the waist of Petchfogus "Focus" Sitthaharnaek, 9, before his fight at the Thapae Muay Thai Stadium in Chiang Mai on Feb. 10, 2014
Taylor Weidman—LightRocket via Getty Images
By TIME Staff

Calls to ban children from participating in Thai boxing have intensified following the death of a 13-year-old boy in a bout south of Bangkok Monday.

Anucha Kochana, who boxed under the name Phetmongkol Por Peenapat, was killed after being knocked out in the third round of a match against a 14-year-old opponent, according to the Bangkok Post.

Juvenile welfare campaigners and the official Thai Health Promotion Foundation have been seeking to raise the age limit for boxers to 12. A bill that would see through the change is currently before the Thai junta’s rubberstamp legislature but is opposed by the boxing establishment.

Child boxing is big money in Thailand, with many boys, as young as 8-years-old, fighting to help impoverished families earn extra income. According to figures compiled by the Thai Sports Authority and cited by the BBC, there are more than 10,000 registered boxers under the age of 15 in the country.

They are supposed to don protective headgear but video of the fight shows that neither Anucha nor his opponent were wearing any.

A child injury specialist at Bangkok’s Ramathibodi Hospital, quoted by the Post, said that young children were more vulnerable to brain injuries. “As adults, we have a duty to protect them,” Dr. Chatchai Im-arom said.

Anucha had taken part in more than 170 fights since the age of 8, according to English-language Thai newspaper The Nation. He was an orphan, being raised by his uncle, and fought to raise money for his own schooling. 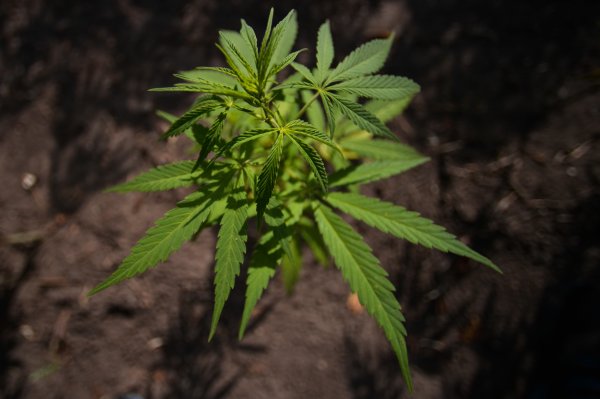