A supporter of President Donald Trump who was banned from Walt Disney World in September for waving a giant Trump banner in the Magic Kingdom has now been permanently barred from the theme park for once again violating its sign rules.

After Disney officials reinstated his annual pass following the original incident, Dion Cini told WFTV that he wanted to “test” the park rule’s against using “any flag, banner or sign…to incite a crowd.”

“I wanted to actually abide by their rules, and not hold up a flag to incite a crowd, but I kind of wanted to test them,” he said. “I just really wanted to find out whether or not it had to do with unfurling a flag, or what was written on the flag.”

Cini has now been banned from all Walt Disney World properties, including theme parks, water parks, resorts and Disney Springs, for holding up a “Trump 2020” sign on Splash Mountain and a “Keep America Great” sign on Expedition Everest.

“Walt Disney World welcomes all guests to enjoy our parks; however, demonstrations and the display of signs and banners is not permitted on the premises,” a Disney spokesperson told TIME. “We have previously reminded this guest about our rules.” 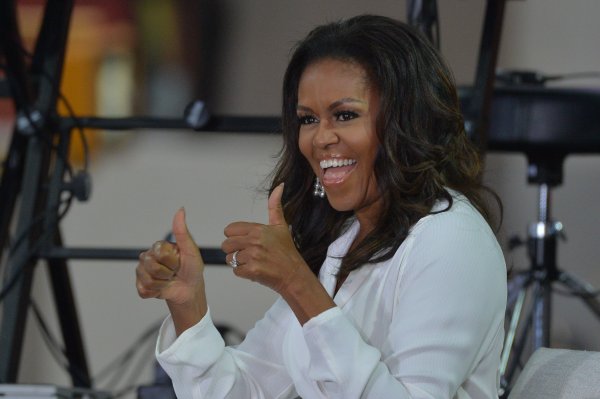 'At This Point Everybody Is Qualified.' Michelle Obama Jokes That Sasha Should Run in 2020
Next Up: Editor's Pick