Amazon Created Excitement in Middle America With the HQ2 Contest. Then It Picked New York and Washington

If the mayor of a city is its best representative, then Dallas has a broken heart. “We don’t like to lose. This does not make us happy,” Dallas Mayor Mike Rawlings said at a press conference Tuesday, referencing Amazon’s decision not to select his city as a location for its second headquarters. “We competed hard, we competed well, but we did not succeed,” he went on, sounding like a coach addressing a team who thought it had the big game in the bag. “I like to win so my heart’s broken today.”

Officials in Dallas, like those in hundreds of other cities across North America, took part in an unprecedented competition for a prize known as “HQ2“: shorthand for becoming the home of Amazon’s second headquarters, outside Seattle. Those cities’ lobbying efforts — replete with economic subsidies, tax breaks, non-disclosure agreements and publicity stunts — lasted more than a year. But while smaller metros such as Columbus, Ohio, and Raleigh, N.C., made Amazon’s “short list,” the trillion-dollar tech behemoth ultimately decided to go with the most conventional, and perhaps least disruptive, choice. On Tuesday morning, the company awarded its HQ2 prize, along with some 50,000 high-paying jobs, to the metropolitan areas of New York City and Washington, D.C.

California Rep. Ro Khanna, who represents Silicon Valley and has been working to push tech investment into areas of the country that lack it, described Amazon’s decision as a “missed opportunity.” It reminded him, he wrote in a statement to TIME, of LeBron James’ much maligned, definite-article “Decision” to leave unglitzy Ohio for the basketball courts of Miami back in 2010. Like that hyped-up reveal, “Amazon created huge fanfare about having every city and town in America bid for their headquarters,” Khanna wrote. “I hoped that Bezos would have chosen a rural community or minority community to show that all Americans can have access to the innovation economy… Unfortunately he made a very conventional choice that does little to bridge the digital divide.”

Even tech leaders who were happy for the winners acknowledged that this is a moment when parts of the country that have felt left behind might be experiencing that feeling more acutely. “The people I really want to talk to today are not in New York City or Northern Virginia,” tweeted Steve Case, a co-founder of AOL. “[T]hey are in the 18 other finalist cities — and the dozens of towns and cities across the country that never made it to the finalist list — [that] are equally committed to creating better futures for their communities. I hope those cities will view this not as the end, but as a new beginning.”

Joseph Parilla, a fellow at the Brookings Institution’s Metropolitan Policy Program, says that he hopes smaller cities will see the loss as a reason to invest in themselves. Spending money to improve a city’s infrastructure and workforce education may make those metros more attractive to businesses like Amazon in the future, he says, as well as more livable for the people already there. Big tech companies are attracted to big cities like New York and Washington, D.C., in part because they are already home to highly-educated, technically-trained populations and beefed-up infrastructure.

On Tuesday afternoon, several city leaders were already promising to do just that. Dallas Mayor Rawlings emphasized the need to invest more heavily in education, particularly in the universities that help churn out the talent that proved so pivotal in this case, while leaders in Columbus said they were planning to focus on expanding air service that connects them to the outside world. David Colligan, who works in economic development for the city of Austin, another finalist, said the city will be working on “grooming the next generation” by encouraging startups that will establish their own headquarters within Austin’s city limits.

Parilla also counseled optimism. Just because HQ2, the ultimate prize, went to two leading, coastal tech hubs, that doesn’t meant “every tech investment is going to always and forever” land in those same places, he says. Along with the announcement about the two new headquarters, Amazon said it planned to establish a new operations hub in Nashville, another city that made the short list. With that would come 5,000 jobs — and about a tenth of the $2.5 billion in investment that each of New York City and D.C. is expected to enjoy. While it’s easy to see Amazon’s choice as proof that big coastal cities will “continue to pull away from the rest of the country,” Parilla says, “we also have to remember the scale of this investment.”

There may be another silver lining for smaller, regional cities. Unlike New York and the D.C.-area, which have promised roughly $2 billion dollars in economic incentives to Amazon in exchange for landing its second headquarters, the cities that lost the HQ2 competition aren’t on the hook for such costs — outlays that may not be worth it in the long run. While it’s common for cities to offer subsidies like tax breaks in the hopes of luring new businesses to set up shop, the ensuing growth is uncertain and can also force the city to spend more money on everything from additional teachers to 911 dispatchers. “There’s no such thing as free growth,” watchdog Greg LeRoy, executive director of nonprofit research group Good Jobs First, told TIME in a previous interview.

While Amazon was always open about hoping for an attractive incentive package, some losing jurisdictions were willing to dole out billions more in subsides than the eventual winners did. New Jersey, for one, offered some $7 billion. Maryland offered $8.5 billion.

Might cities with fewer than a million residents even be relieved that they won’t suddenly be faced with on-boarding some 50,000 new workers, with all the stress that could put on existing municipal infrastructure, real estate, and the cost of living? “There’s probably mixed feelings there,” Austin’s Colligan says. “People would have seen landing this project as a victory, and it would have spoken to where Austin is as a tech hub.” But, he adds, working on the city’s proposal to Amazon wasn’t for nothing. The effort helped city officials learn about their own municipality’s capabilities, even if Amazon also got such competitive data for free. “No dollars were wasted here in Austin,” he says. “There are always additional opportunities that come out of this process.”

In the aftermath of the HQ2 loss on Tuesday, many losing leaders tried to put a positive spin on having competed at all. In a press release that went out before the press conference in Dallas, the team that spent untold man hours trying to woo Amazon to that Texas metro spun the rejection as a victory. Just being a finalist “has been a ‘win’ for our region regardless of the outcome,” the head of the Dallas Regional Chamber said. Leaders in Columbus provided TIME a similarly upbeat statement, touting other, smaller investments Amazon has already made in the region and emphasizing how local entities rallied together to make the pitch. “There’s never been a better time to be in Columbus,” said Alex Fischer, CEO of the Columbus Partnership, which worked on the bid.

One imagines officials in New York and D.C. are still having a better time, given the prestige and validation that comes with being selected by one of the world’s most influential companies.

At the press conference, Rawlings said he got a call with the bad news on Tuesday morning and asked Amazon representatives a pointed question: “How did we come up short?” There were two “beliefs” expressed, he said. One was about the available workforce: While Dallas has promising systems in place to create talent over time, the city simply couldn’t offer the same big pool of highly skilled workers immediately available in the winning cities.

The other was less exact. “They admitted,” he said, “that there was a fascination with the East Coast.” But, he vowed, Dallas will figure out how to best those cities in the long run. “Ultimately this city will be successful,” Rawlings said, even if things ended up on New York time this go round. 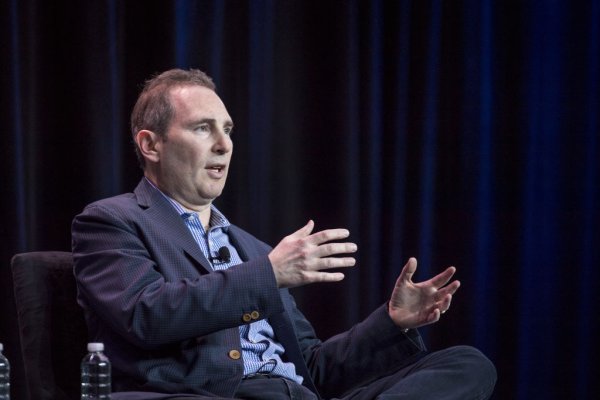