These Are the First Victims Confirmed Dead in the California Wildfires

A home burns as the Camp Fire rages through Paradise, Calif., on Nov. 8, 2018.
Noah Berger—AP
By Tara Law

California is currently facing two immense wildfires, including a blaze north of Sacramento that is already the deadliest in the state’s history.

Authorities has not yet determined the identities of many of the victims, but on Monday, the Butte County Sheriff’s Office, which dealing with the aftermath of the Camp Fire, released the names of the first three victims to be identified.

Ernest “Ernie” Frances Foss Jr. died in the fire beside his dog, Bernice, according to friends.

Foss wrote on Facebook that he had been born in San Francisco and spent some time there as a rock musician. He studied computer engineering at Heald College in Hayward, Calif.

At the time of the fire, Foss was apparently bedridden and in poor health. He had survived lymphedema and two bouts of cancer. His wife died six years ago, Foss wrote.

His stepson, Andrew Burt, served as his caretaker, Foss’s son-in-law Dirk Keaka Loo wrote on Facebook. Burt was apparently still missing on Monday, according to Loo.

Loo wrote on Facebook that Foss would not have wanted people to have remembered him for his illness, but for the way he lived.

“His last post on FB was not the most cheerful, nor were our last conversations,” Loo wrote. “He was in a low-moment, not feeling well, feeling tired and frustrated at being trapped in his condition. Please don’t let that be your final impression of him. Remember the good times, and his better days. He would want it that way.”

Myna Pascua, a friend of Jesus Alejandro “Zeus” Fernandez, provided a statement from Fernandez’s family about his death on Tuesday.

“Jesus Alejandro Fernandez, or ‘Zeus,’ was the epitome of determination, respect, loyalty, and perseverance,” the family wrote. “A tireless provider, a dependable and loyal friend, a considerate neighbor, and loving father, he will be sorely missed by all who knew him.” 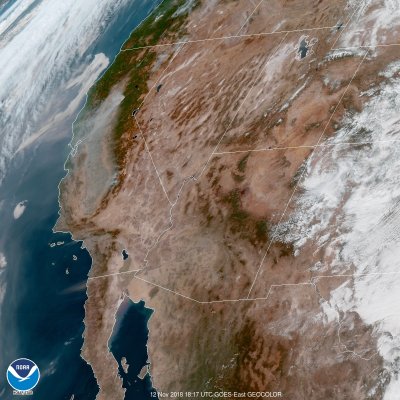 See What CA Wildfire Smoke Looks Like From Space
Next Up: Editor's Pick