On Monday, Republican Senate candidate Martha McSally of Arizona officially conceded in her bid for the office, sharing a video congratulating her Democratic opponent Kyrsten Sinema for winning the tight race.

But the real star of her concession video is McSally’s dog Boomer, a delightfully unbothered golden retriever who upstages McSally with his blissful, tongue-lolling presence, sitting upright next to her on the couch and making a play for a handshake.

“I just called Kyrsten Sinema and congratulated her on becoming Arizona’s first female senator after a hard-fought battle. I wish her all success as she represents Arizona in the Senate,” McSally said, all the while petting her pleased pup.

It was a closely-watched contest, and the vote-tallying dragged out nearly a full week after polls closed. But in the end Sinema, a three-term Congresswoman and former social worker, beat out McSally, the first female Air Force pilot to fly in combat.

Despite the partisan politics of the campaign, there’s one thing everyone can get behind: McSally’s dog. As she has previously shared on Facebook, Boomer is a rescue dog. “In many ways we rescued each other,” she has said of him. “I was grieving the loss of my former golden, Penelope, when Boomer came into my life.” She has brought Boomer to campaign rallies and even had him in the running in the “Cutest Dog on Capitol Hill” competition in 2017.

Luckily for all of us, an appreciation of Boomer is not determined by party politics. 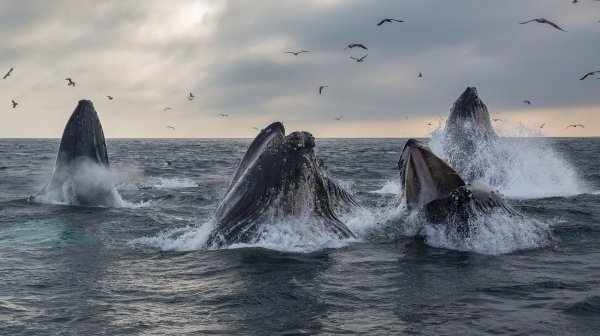 Scientists Are Using Satellite Technology to Track Whales from Space
Next Up: Editor's Pick