The Concept of the 'Uncanny Valley' Dates to 1970. The Phenomenon Is Thousands of Years Older

Most people experience an eerie sensation when they meet natural-looking artificial beings, especially humanoid robots. This is the “Uncanny Valley” effect, the psychological reaction of unease and apprehension upon encountering hyper-realistic replicas or automata. Affinity increases with verisimilitude, but positive feelings drop off steeply as the entity approaches being indistinguishable from reality. Anxiety rises when the line dividing the inanimate from the animate begins to collapse, and actual movement or the illusion of movement intensifies the disturbing feeling. The sudden drop-off is the descent into the “Uncanny Valley,” first identified by the robotics engineer Masahiro Mori in 1970. Today the Uncanny Valley is a well-known response to extremely lifelike robots and AI entities.

The phenomenon can be traced back more than 2,000 years, to classical antiquity.

The most ancient examples of an Uncanny Valley response to artificial life occur in Homer’s Odyssey (ca. 700 BC). In the Underworld, Odysseus jumps back in fear when he encounters vivid pictures of ferocious wild predators and murderers with glaring eyes. Odysseus prays that this fiendish artist will not create any more of these terrifying images. In another passage, Odysseus sees an intricately wrought golden brooch depicting a hunting hound mauling a fawn. He is awestruck by the “living” vignette of the dog seemingly captured in the very act of killing the fawn as it gasps out its last breath.

In the Iliad, Homer tells how the god of invention and technology, Hephaestus, places on the warrior Achilles’ shield a vivid panoramic scene of moving, talking people. In Hesiod’s epic poem Theogony, Hephaestus fabricates the facsimile of a young woman called Pandora. He makes a splendiferous gold crown for her, decorated with miniature monsters so lifelike they seem to writhe and roar. When Zeus displays the completed replicant Pandora before dispatching her to earth with her fateful jar, everyone is filled with profound awe (thauma). Their reaction — “seized with amazement” — parallels ancient and modern descriptions of the emotions aroused by miraculously realistic statues or automatons.

In two dramatic scenes in fifth century BC plays by Euripides and Aeschylus, some old men are frightened out of their wits by realistic animated statues crafted by the legendary inventor Daedalus. In Aeschylus’s play Theoroi, a group of Satyrs are alarmed by effigies of their own heads nailed to a temple. One Satyr cries out that they are so real they only lack voices to come alive. Another Satyr exclaims that the lifelike replica of her son’s head would send his mother shrieking in horror. Such theatrical anecdotes suggest that classical Athenian audiences were familiar with genuine artworks of disquieting realism.

Unprecedented innovations and brilliant techniques in art and in mechanical technology, evoked sebas, thauma, and thambos — awe and dread, speechless wonder, and utter astonishment. Many ancient writers described how people confronted with true-to-life artificial animals and especially human figures experienced the “shock of the new,” a sense of surprise and pleasure — but mixed with acute feelings of disorientation, alarm, and terror. The examples of the unnerving effects of artistic illusions, vivid imitations of life, animated sculptures of humans and animals, and statues that seem to actually be what they portray can be seen as ancient parallels of the “Uncanny Valley” phenomenon.

Philosophers, poets and playwrights tell us that images and sculptures of startling realism called up conflicting strong emotions in the viewers. By the fifth century BC, Greek sculptors were achieving extraordinary levels of anatomical verisimilitude, with exceedingly minute details of veins and musculature. Sculptors began to depict naturalistic, fluid poses that had been impossible before innovations in artistic technology. And keep in mind that both marble and bronze statues were realistically painted. A host of eminent artists’ lifelike works were described by Pliny the Elder. Among his examples of sculptures of “miraculous excellence and absolute truth to life” was a bronze dog licking its wound — a statue so valuable that it could not be insured for loss but had bodyguards charged to defend it with their lives. Pliny also singled out Pythagoras of Rhegium (fifth century BC), renowned for his muscle-bound marble statues of athletes with visible tendons and veins. The festering ulcer on the leg of his “Lame Man” statue caused viewers to wince with sympathetic pain. The paunchy and balding portrait statues made by the Athenian sculptor Demetrius of Alopece (ca 400 BC) were so “lifelike that they were unflattering.” People even developed the desire to have sex with erotically compelling naturalistic statues.

Meanwhile, painting masterpieces began to feature astonishing depth and perspective. Compelling three-dimensional effects made hands and objects appear to project from the surface. Examples from the fourth century BC, described by Pliny, include Aristeides who painted emotional expressions so skillfully, and Apelles, whose life-size murals of energetic horses elicited neighs from live horses. Artists competed with each other to produce convincing trompe l’oeil paintings and objects, such as luscious-looking grapes that deceived birds into pecking them. Several ancient writers praised the works of Theon of Samos, who specialized in “imaginary visions that they call phantasias,” vivid paintings accompanied by theatrical effects of sounds, music, and lights to give realistic “sense-surround” impressions. Another talented artist was Parrhasius, whose incredibly lifelike portraits of athletes appeared to pant and sweat. For his vivid painting of Prometheus ravaged by the eagle, it was whispered that Parrhasius must have tortured a slave to death as his model.

Modern historians tend to underestimate the role of technical ingenuity in achieving these dazzling ancient artworks. In his survey of realistic artworks, Pliny explained how bronze sculptors made plaster and wax casts of living people, a technique that enhanced the realism of portraits. Evidence for the use of plaster and wax casts of real people’s bodies to make phenomenal, true-to-life bronze sculptures has come to light in some magnificent statues of the fifth century BC. These unexpected discoveries of artistic technology shocked the modern art world accustomed to assuming that classical sculptors possessed inimitable, awesome virtuosity in achieving such realism. The casting-from-life technique helps explain the stunning mimetic qualities of many bronze statues.

Meanwhile, numerous ancient Greek accounts refer to statues that could move their heads, eyes, or limbs, perspire, weep, bleed and make sounds. The idea that statues, especially of divinities, possessed agency has a deep history, long before the fifth and fourth centuries BC when artists began to create exceptionally lifelike figures and historical inventors began to design genuine automatons and self-moving devices. It was possible to make statues with parts and hidden or internal mechanisms capable of movement, such as nodding, raising arms, opening temple doors, and so on. Hollow statues with cavities and tubes allowed priests to ventriloquize their voices, and Plutarch, Cicero, Dio Cassius, Lucian and many other ancient writers revealed ways to cause a statue appear to shed tears, sweat or bleed. Such tricks fostered the illusion that figures were being animated by the gods themselves.

The intense fascination and fear evoked by the profusion of amazingly realistic artworks, animated statues and automated objects more than two millennia ago represent the very first inklings of the Uncanny Valley effect. 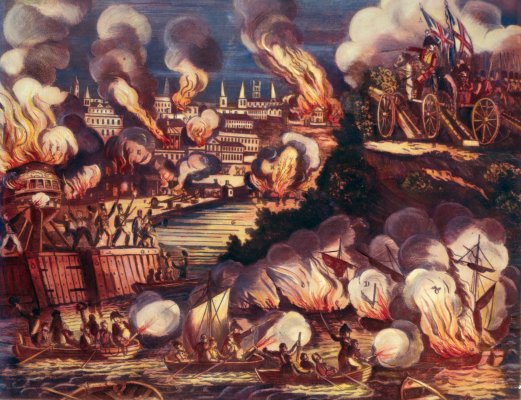 Why the U.S. and Britain Went Back to War Just a Few Decades After the Revolution
Next Up: Editor's Pick