Family members of the victims seen paying tribute at the monument for the victims during the vigil on November 8.
SOPA Images—Getty Images
By Tara Law

Ian David Long‘s high school track coach says he assaulted her during an irate moment when he was a senior in high school.

Dominique Colell, a former track coach at Newbury Park High School, said she is coming forward with the story about the Thousand Oaks gunman because she is angry that the shooting – which left 12 victims dead – is being blamed on PTSD and his service in the U.S. Marine Corps.

“There are hundreds of thousands of people with PTSD,” Colell told CBS Los Angeles Thursday. “They don’t go around shooting people. This kid was mentally disturbed in high school. There were signs and the administration knew it.”

Both Ventura County Sheriff Geoff Dean and President Donald Trump have suggested that Long, 28, developed PTSD during his combat deployment to Afghanistan, and that it may have been a factor in the shooting Wednesday at Borderline Bar & Grill.

Colell told CBS Los Angeles the incident began when one of Long’s track teammates handed in a cellphone that she had found. Collel was going through the phone in an attempt to identify its owner when Long rushed up to her.

“Ian came up and starting screaming at me that it was his phone. I said, ‘Hold on. I’m not giving you this phone. I don’t know whose phone it is,’” Colell recounted.

“And he just started grabbing me. He groped my butt, he groped my stomach, he went around me. I pushed him and said, ‘I’m not giving you this cellphone. Get off. And I said, ‘You know what for that, you’re off the team.’”

Colell told CBS Los Angeles that other coaches at the school had asked her to forego filing charges against Long in order to protect his chances of getting into the Marines.

She said that she now regrets that decision.

A representative from Conejo Valley Unified School District did not immediately respond to a request for comment. 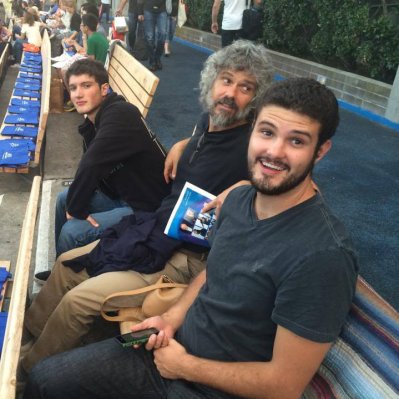 He Survived the Las Vegas Shooting Only to Be Killed in the Borderline Bar 1 Year Later
Next Up: Editor's Pick