Friday’s Google Doodle features an animated Crowe juxtaposed alongside real images of her carved work, with a score composed by her nephew William “Bill” H. Crowe Jr. playing throughout.

Crowe was born in 1928 and raised within the Qualla boundary in North Carolina, a territory owned by the Eastern Band of Cherokee Indians. She began carving at the age of four, and her prodigious talent quickly became apparent. Her uncle, himself a well-known woodcarver, took the young Crowe under his wing, helping her to hone her skills with a knife.

“Every spare minute was spent in carving or studying anything available concerning art,” Crowe was quoted as saying, reflecting on her well-spent youth.

Her hard work paid off, and in 1946 Crowe was awarded a scholarship to study at the Art Institute of Chicago, where she learned to work with plaster, stone and metal.

But it was wood that she enjoyed working with most. “The grain challenges me to create objects in three dimensions,” she said. “A mistake or flaw in the wood will improve your design. To me, a knot can be the best part.”

After earning her Master of fine Art degree, Crowe moved to Mexico to study with renowned Spanish sculptor José de Creeft before returning to her home in Qualla Boundary to teach art classes at Cherokee High School, where she spent forty years inspiring the next generation of American Indian artists.

Crowe’s work has been showcased in the High Museum in Atlanta and the Mint Museum in Charlotte in addition to private collections all over the world.

“I carve because I love to do it,” she said. 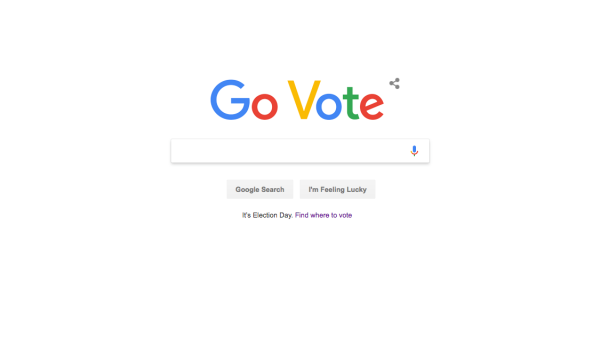 'Go Vote.' Google's Redesigned Homepage Is Encouraging People to Head to the Polls
Next Up: Editor's Pick