A federal judge in Montana issued a “landmark” ruling temporarily blocking construction on the controversial Keystone XL Pipeline Thursday in a decision welcomed by environmental groups. The order came as a Canadian energy company prepared to assemble initial stages of the 1,200-mile long, cross-border project.

“The [State] Department must supplement new and relevant information regarding the risk of spills,” Morris wrote.

The $8 billion pipeline would convey up to 830,000 barrels crude oil per day from Alberta, Canada and the Bakken Shale Formation in Montana to facilities in Nebraska and Oklahoma. The State Department initially denied the pipeline a permit in 2015, under the Obama administration. A presidential permit is required for infrastructure projects that cross international borders.

Read more: The Keystone XL Pipeline, Oil, and the Future of the Environment

Thursday’s ruling deals a major blow to President Donald Trump and the oil industry. Trump signed memoranda approving the Keystone XL and Dakota Access pipelines early in his presidency in January 2017, promising the projects would provide jobs and stimulate the economy. Both pipelines have drawn significant public backlash, with activists arguing that the oil spills could pollute downstream water sources.

But the Trump administration dismissed environmental objections as roadblocks and claimed that there were “numerous developments related to global action to address climate change” in the years since Obama-era rejection of the project. Yet Trump himself has pledged to withdraw from one the most sweeping of those efforts, the Paris climate agreement, which seeks to prevent global temperatures from increasing 2°C.

“An agency cannot simply disregard contrary or inconvenient factual determinations that it made in the past,” Morris wrote Thursday. He also demanded that the State Department provide a “reasoned explanation” for the turnaround.

Morris’ ruling came as Canadian energy company TransCanada began delivering pipe to Montana in anticipation of construction in 2019. A coalition of environmental and indigenous rights groups filed a lawsuit against the firm and the State Department in March to block Trump’s permit, according to the Tribune.

Stephan Volker, an attorney for the complainants’, called Morris’ ruling “a landmark.”

“We have never had a ruling against a president overturning a substantive finding a project is in the public interest,” Volker told the Tribune. 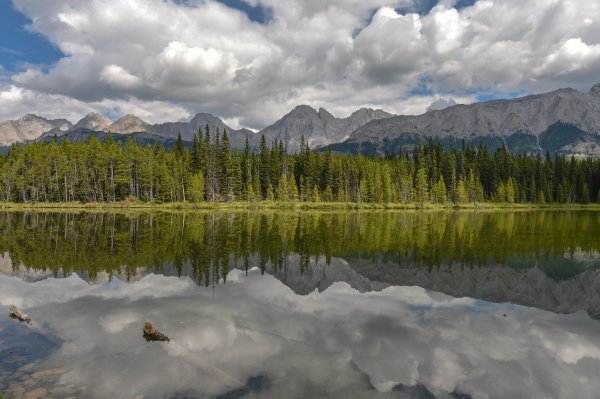 5 Countries Contain Most of Earth's Last Wilderness: Report
Next Up: Editor's Pick