The victims include a sheriff’s deputy who charged onto the scene, as well as a Navy veteran who survived last year’s massacre at a Las Vegas country music festival. At least 23 people were also injured, according to the Ventura County Sheriff’s Office.

Police believe the gunman, identified as 28-year-old Ian David Long, took his own life after attacking the Borderline Bar & Grill.

To honor the shooting’s victims, the city of Thousand Oaks hosted a vigil Thursday.

“Our hearts are with all those whose loved ones were stolen from them too soon, by yet another senseless act of gun violence,” Calif. Governor-elect Gavin Newsom said.

These are the victims of the Borderline bar shooting:

Sgt. Ron Helus was a 29-year veteran of the Ventura County Sheriff’s Office who was planning to retire next year. When news of the shooting came in, Helus, who was then on the phone with his wife, rushed to the Borderline bar. He arrived within two minutes of the first 911 call.

Helus was shot multiple times while exchanging fire with the gunman, and later died at the hospital.

Sgt. Eric Buschow described his friend and colleague as a “cop’s cop.”

“The fact that he was the first in the door doesn’t surprise me at all,” Buschow said, according to the Associated Press. “He’s just one of those guys that wouldn’t hesitate in a situation.”

On Thursday, thousands of mourners watched a 25-mile procession honoring Helus, who is survived by his wife and 24-year-old son.

Sean Adler, one of the victims of a gunman's rampage at the Borderline Bar in Thousand Oaks, Calif. on Nov. 7, 2018, is seen in an undated photo.
Debra Ross—AP

Adler, 48, was a security guard and former Simi Valley High School wrestling coach who routinely stayed late at the Borderline to make sure patrons got some safe, longtime friend Debbie Allen told AP.

“He was a very, very big personality and had a very, very gorgeous smile,” Allen said. “I don’t think in all the years I’ve known him, and it’s almost 30, I ever heard him say ‘no’ to someone.”

Adler was also a coffee enthusiast, and had recently opened a coffee shop called Rivalry Roasters in nearby Simi Valley, Calif. according to another friend.

His mother, Gloria Adler, told the Los Angeles Times that her son had once aspired to be a cop. His training with the Los Angeles County Sheriff’s Department was waylaid last year by a heart attack.

Adler is survived by his wife and two sons, ages 12 and 17. Vigils in his honor will be held at Rivalry Roasters Thursday night and Friday.

Cody Coffman, 22, “was on his way to fulfilling his dream” of serving in the U.S. military, according to his father Jason Coffman.

Cody Coffman was a beloved older sibling to three brothers between the ages of 6 and 9 and frequent fishing companion to his father. “Cody was the big brother that my kids need,” Jason Coffman said, according to AP.

Jason said he spoke to Cody shortly before he went to the Borderline. “The last thing I said was, ‘Son, I love you.’”

Blake Dingman, a 21-year-old Newbury Park resident, was also killed during the shooting, according to a tribute Dingman’s brother, Aidan Dingman, on Instagram.

Aidan Dingman wrote that his brother had been at the bar with a friend, Jake Dunham, who was also murdered during the shooting.

A friend, Michael Moses, said that Dingman was a bit of a goofball, according to the Times.

“I don’t think I ever saw him sad about anything,” Moses said.

Alexis Dunham asked reporters to respect the family’s privacy. “These last days have completely shattered us we have hardly gotten any sleep,” she wrote on Facebook.

Jake Dunham was at the bar with a friend, Blake Dingman, who was also killed in the massacre. The two men were avid members of Newbury Park’s off-roading community, according to the Times.

Michael Moses told the Times that Dunham had been a gutsy off-roader.

“He always tried to convince people to [let him] drive their car. Everyone knew it was a bad idea, but sometimes they’d do it,” Moses said.

Alexis Dunham posted a picture of an off-roading truck with a tribute to Jake Dunham.

Alaina Housley, among those killed in the shooting at the Borderline Bar in Thousand Oaks, Calif. on Nov. 7, 2018, is seen in a undated photo provided by Adam Housley and Tamera Mowry-Housley.
Adam Housley—AP

Alaina Housley, 18, was a standout student and “a really good kid” who played multiple instruments. She was a freshman at Pepperdine University planning to study law, her family members told AP.

She went to Borderline Wednesday night with her suite-mates, some of whom escaped through a broken window in the chaos, the Times reports. But Housley’s Apple Watch and iPhone still showed her location on the dance floor.

“Our hearts are broken. We just learned that our niece Alaina was one of the victims of last night’s shooting at the Borderline bar in Thousand Oaks,” the couple said in a statement. “Alaina was an incredible young woman with so much life ahead of her and we are devastated that her life was cut short in this manner.”

Dan Manrique was a “hero” dedicated to helping other military veterans readjust to civilian life, according to family members.

Manrique, 33, was deployed to Afghanistan as a Marine Corps. radio operator in 2007, the Washington Post reports. After serving for six years, he returned to California and recently landed a regional management position with a veterans nonprofit called Team Red White & Blue. The eldest of four, Manrique was set to move out of his parents’ house next week and dreamed of launching his own brewing business.

“He was selfless,” his brother Marcos Manrique told the Times. “He just wanted to help this country.”

Meek was a choir and a capella singer as well as a Borderline Bar & Grill employee. He lost his life Wednesday while trying to save others, according to California Lutheran University (CLU).

Meek also worked with Channel Island Social Services helping children with developmental disabilities. “You could tell he really had a heart for what he did,” Danielle Gallo, another Channel Island employee, told AP.

Meek was planning on joining the U.S. Coast Guard, according to CLU veterans coordinator Jenn Zimmerman. His sister, Rose Meek, also worked at Borderline. She survived the shooting, according to AP.

Kristina Morissette worked as a cashier at the Borderline bar, according to CBS Los Angeles. She had just returned from a solo trip to Austin, Texas, and gave her mom a souvenir coin purse before heading to her 6 p.m. shift at the bar, the Times reports.

Morissette’s parents said the 20-year-old’s friends were the center of her life. She also liked to hike, draw and do makeup. After saving up, she’d recently bought her first car, a 2017 Jeep Renegade.

“We didn’t want her life to end, but we don’t want her memories now to end, either,” Martha Morisette told the Times.

A bushy bearded Navy veteran known to friends as “Tel,” Orfanos, 27, had already lived through the deadliest mass shooting in modern U.S. history last year. In an emotional interview Thursday, Orfanos’ mother Susan Schmidt-Orfanos, demanded Congress “pass gun control so no one else has a child that doesn’t come home,” according to AP.

Schmidt-Orfanos said her son had survived the rampage at the Route 91 Harvest Festival in Las Vegas last year only to be killed Wednesday 10 minutes from home. The shooting in Las Vegas, saw 59 people killed.

Noel Sparks, 21, among those killed in a shooting at a bar in Thousand Oaks, Calif. on Nov. 7 2018, is seen in an undated photo provided by Jackie Jones.
Jackie Jones—AP

Sparks was a frequent patron at the Borderline bar, where she celebrated 21st birthday in August, AP reports. She also worked at Calvary Community Church in Westlake Village, where she assisted youth programs. “She loved kids. We had a lot of parents show up today to say, ’She made my child feel important and that they mattered,” the church’s Rev. Shawn Thornton said. 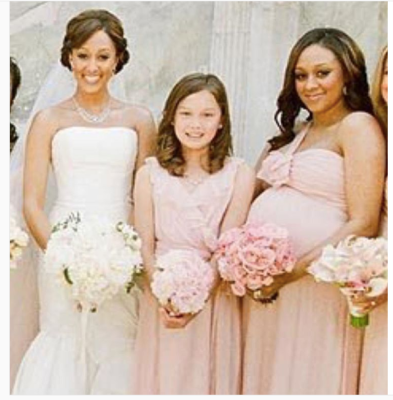