Actress Tamera Mowry-Housley confirmed that her niece Alaina Housley was one of the 12 victims killed during the Borderline Bar and Grill shooting on Wednesday night.

“Our hearts are broken,” Mowry-Housley and her husband Adam said in a joint statement released on Thursday. “We just learned that our niece Alaina was one of the victims of last night’s shooting at Borderline bar in Thousand Oaks. Alaina was an incredible young woman with so much life ahead of her and we are devastated that her life was cut short in this manner. We thank everyone for your prayers and ask for privacy at this time.”

Adam also shared a statement from his niece’s parents, Arik and Hannah Housley, on Twitter on November 8.

“Words can’t describe our grief after losing our daughter, Alaina. She was everything we could hope for in a child: kind, smart, beautiful and respectful.”

The couple wrote that Alaina would want the dialogue generated by the shooting to “be respectful with an eye toward solving these senseless shootings.”

Adam Housley and Mowry-Housley were on social media in the hours after the shooting trying to locate Housley, a student a Pepperdine University. Her college suitemate posted photos of Housley Thursday morning on Twitter, asking if anyone had seen her.

According to the suitemate, Housley was last seen wearing denim shorts, blue flannels and sneakers, and was the only one of the suitemates that was unaccounted for at the time.

Mowry-Housley, one of the hosts of the CBS talk show The Real and former star of the 90’s sitcom Sister, Sister, reached out to the suitemate on Twitter asking for the latest update on her niece’s location.

According to the Los Angeles Times, Mowry-Housley’s husband Adam Housley went to Los Robles Regional Medical Center looking for his niece, but was turned away because the hospital was on lockdown.

The Times reported that Housley’s Apple Watch and iPhone still showed her location at the bar. Housley told the Times that two of Alaina’s suitemates jumped through a broken window to escape the bar and are at the hospital with “major glass wounds.”

Police confirmed that 28-year-old Ian David Long opened fire at the Thousand Oaks dance bar, killing 12, including a sheriff’s deputy and himself, and injuring 15. Police said there were about 60 people at the bar at the time of the shooting.

“Alaina Housely we are praying. We love u! If you know anything or any information please let us know. We love you!” Mowry posted. 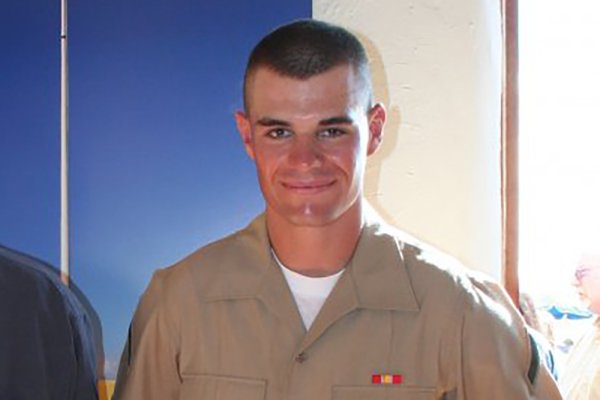 What to Know About the California Shooting Suspect
Next Up: Editor's Pick