A Hong Kong arts center has canceled appearances by a Chinese dissident writer at an annual literary festival this weekend, the latest move to stoke fears of China’s encroachment on free expression in the semi-autonomous city. The abrupt cancellation comes in the wake of several recent events highlighting eroding freedoms in the financial enclave.

Ma Jian, a U.K.-based writer whose books are banned by Beijing, was scheduled to promote his latest satirical work this Saturday at the annual Hong Kong International Literary Festival (HKILF). But the writer tweeted late Wednesday that his talks were nixed by Tai Kwun Center for Heritage and Arts, the cultural space hosting the festival. He said the festival organizers were trying to locate a new venue.

Ma, whose latest book ridicules President Xi Jinping’s ideology, added that “no reason” was given for his engagements being singled out.

The festival staff confirmed Thursday that they have been asked to find a new venue by Tai Kwun, a former colonial-era prison and police station renovated by the Hong Kong government and the Hong Kong Jockey Club to the tune of $484 million.

“We aren’t speculating on the reasons for the move and instead focus on our mission of ensuring our authors are all heard,” HKILF said.

But in a statement emailed to TIME, Tai Kwun director Timothy Calnin implied the content of Ma’s books, which are all prohibited on the mainland, contributed to the cancellation.

“We do not want Tai Kwun to become a platform to promote the political interests of any individual,” Calnin wrote. He added that the center is working with HKILF “to find a more suitable alternative venue.”

The eviction of Ma’s events is the latest in a series of threats to Hong Kong’s once-vaunted freedom of expression. Hong Kong, which enjoys liberties not practiced on the mainland, is governed by a unique agreement made with China before the territory reverted from British control in 1997. But rights groups warn that Beijing has become increasingly emboldened to suppress dissenting voices.

On Nov. 2, an exhibition by satirical Chinese cartoonist Badiucao was canceled following unspecified “threats made by the Chinese authorities.” The showcase had been planned as part of a Free Expression Week festival.

Read more: Why the World Should Be Alarmed at Hong Kong’s Expulsion of a Foreign Journalist

Ma, one of China’s most acclaimed writers, has lived in exile since the publication of his debut collection in 1987. He has been banned from entering mainland China since 2011.

One of Ma’s slated talks on Saturday concerns his most recent release, China Dream, which Penguin describes as “a biting satire of totalitarianism” in modern China. The book was not published in Hong Kong, which historically served a haven for banned Chinese writers until a 2016 crackdown saw five dissident publishers abducted and bookshops shuttered or relocated overseas.

PEN Hong Kong said Thursday it was “deeply concerned” by Tai Kwun’s cancellation of Ma’s talks, and the prospect that “political pressure may be a factor.”

“The cancellation appears to be at the very least an act of self-censorship, which would add to a growing list of incidents of suppression of free expression in Hong Kong,” PEN Hong Kong president Jason Y. Ng said. 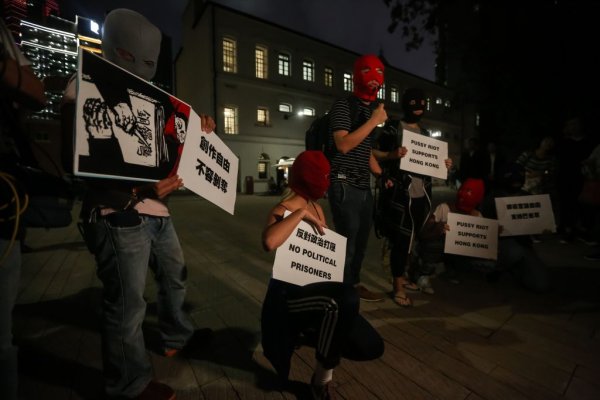