A new, voter-approved amendment banning greyhound racing in Florida leaves the future of thousands of greyhounds up in the air.

With more than 5.3 million votes, Amendment 13 overwhelmingly passed on Tuesday with 69% approval. The new legislation will outlaw the popular betting sport in the state by Dec. 31, 2020, putting 11 racetracks in the state out of business.

The question remains where existing greyhounds will go on Jan. 1, 2021, when the legislation takes effect.

Jim Gartland, executive director of the dog racing industry’s umbrella group National Greyhound Association, told NBC News that 98% of retired racers are usually adopted to families while the rest live out their days on farms, working as breeders.

“We will do everything we can do to make sure that every one of them gets adopted,” Gartland told NBC.

Greyhound advocates celebrated the passing of the amendment, citing animal cruelty. According to the Humane Society, since the state began tracking deaths in 2013, 493 dogs have died on Florida tracks with 94% of those dogs three-years old or younger.

“The demise of this industry, built on the suffering of animals, couldn’t have come a moment sooner.” they said on a Wednesday blog post.

Greyhound advocacy groups in Florida that supported the amendment, including Friends of Greyhounds and Elite Greyhound Adoptions South Florida. have posted resources for anyone interested in rescuing and adopting dogs involved in track racing. 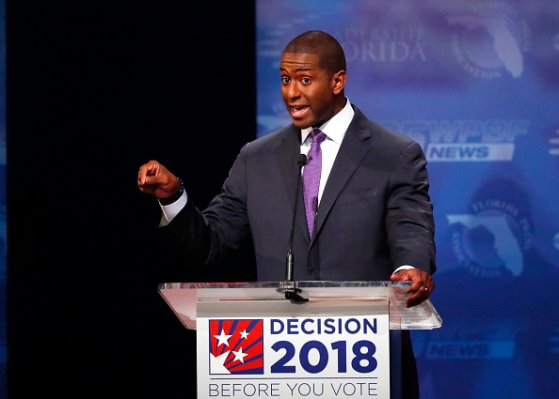 'A Hit Dog Will Holler.' This Moment from Florida's Gubernatorial Debate Went Viral
Next Up: Editor's Pick