Indicted and Elected: Candidates Accused of Crimes Won Big in the 2018 Midterms

The 2018 midterm elections saw several historic firsts, including large numbers of women and the first Native American and Muslim women being elected to Congress. However, another kind of group also had a good showing— candidates accused or convicted of crimes.

Texans reelected Attorney General Ken Paxton as their top cop, even though he is facing criminal charges for securities fraud.

And in Montana, voters reelected Rep. Greg Gianforte despite his conviction for misdemeanor assault after body-slamming a journalist.

Voters in historically Democratic New Jersey reelected Menendez over Republican candidate Bob Hugin by 53.1% to 43.8%, according to the Associated Press.

Menendez was accused in 2015 of accepting gifts worth nearly $1 million from a Florida ophthalmologist, and was indicted on 14 charges, including three counts of bribery and eight counts of fraud.

Jurors were ultimately unable to reach a verdict in the case, and a mistrial was declared in November 2017. The Department of Justice dismissed the charges against Menendez in January 2018.

Hugin strongly emphasized the accusations against Menendez in his campaign, and polls suggested that he had a chance to flip the deep blue state in light of the allegations

“He’s embarrassed us,” Hugin said in an interview with a New York radio station. “It’s a disgrace. A moral failure. It’s time for change. And that’s what is resonating with the people of New Jersey.”

“This year’s U.S. Senate race presents the most depressing choice for New Jersey voters in a generation, with two awful candidates whose most convincing argument is that the other guy is unfit to serve,” the paper wrote.

Collins narrowly defeated his opponent, Democratic candidate Nate McMurray, 49.5% to 48.4%, according to the Associated Press. McMurray initially conceded his defeat, but ultimately called for a recount late Tuesday.

An August indictment accused Collins of providing insider information to his son, Cameron Collins, about a biotechnology company. Chris Collins, who was a board member at the company, allegedly tipped his son off about a failed drug trial, according to the indictment.

Collins, one of Trump’s earliest supporters, has denied any wrongdoing, and called the charges “meritless” in an Aug. 11 statement. He suspended his campaign after the indictment, but ultimately reentered the race in September.

“The stakes are too high to allow the radical left to take control of this seat in Congress. They want to reverse the recently enacted tax cuts, impose Canadian style healthcare, inflict new job killing regulations and impeach President Trump,” Collins wrote in a September 19 statement.

The Montana congressman who gained Trump’s praise for body-slamming a reporter has been reelected.

Gianforte, who was convicted of a misdemeanor assault charge, defeated his opponent, Democrat Kathleen Williams, by a margin of 53.1% to 44.1%, according to the Associated Press.

Gianforte assaulted Guardian reporter Ben Jacobs the night before he won a special election in 2017.

Gianforte was sentenced to 180 day deferred jail sentence, as well as 40 hours of community service, 20 hours of anger management and $385 in fines and court fees.

Speaking about the incident at a later campaign rally, Trump said, “Any guy that can do a body-slam — he’s my kind of guy.”

Gianforte later apologized for the incident and donated $50,000 to the Committee to Protect Journalists as part of a settlement, according to Joel Simon, the organization’s executive director.

Hunter, who represents California’s 50th district near San Diego, defeated his opponent, Democratic candidate Ammar Campa-Najjar, by a margin of 54.2% to 45.8%, according to the Associated Press.

Although Hunter initially seemed assured to win in the district, an August indictment accusing Hunter and his wife, Margaret Hunter, of campaign corruption seemed to create an opening for his opponent, Campa-Najjar.

Voters reelected Hunter despite accusations that he spent $250,000 worth of campaign contributions on personal expenses, including family trips to Hawaii, Las Vegas and Italy and a $600 plane ticket for a pet rabbit.

Hunter pleaded not guilty to the charges and called the accusations “pure politics” in an interview on FOX News’ The Story in August. Hunter also appeared to shift the responsibility to his wife during the interview.

“She was also the campaign manager so whatever she did, that’ll be looked at too, I’m sure, but I didn’t do it,” Hunter said.

Paxton edged out a Democrat Justin Nelson for the seat, receiving 50.5% of the vote to Nelson’s 47%, according to the New York Times.

Paxton will likely face a trial on two counts of first-degree felony securities fraud, as well as a third-degree felony for failing to register with the state as an investment advisor, according to the Associated Press.

Paxton, who was first indicted in 2015, has pleaded not guilty.

One such ad asked voters, “If Ken Paxton can’t follow the law, how can he enforce it.”

Paxton texted a statement to the San Antonio Express-News after his victory.

“It’s an honor to serve as Texas Attorney General. I’ll continue to fight to protect the rule of law,” Paxton said. 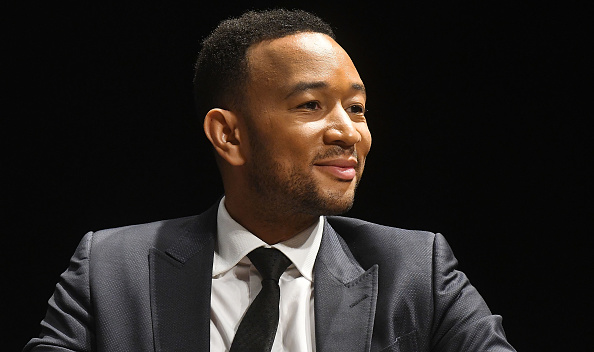 'This Is incredible.' Celebrities Had a Lot of Feelings About the 2018 Midterm Elections
Next Up: Editor's Pick