Colorado Congressman Jared Polis made history Tuesday night by becoming the first openly gay man to be elected governor of a U.S. state.

Polis’ historic milestone came amid a night of other groundbreaking electoral moments. Polis joins Oregon Gov. Kate Brown as the second LGBTQ person to be voted a state governor. Brown, who identifies as bisexual, took office in 2015.

Polis took 51.6% of the vote, with 84% of precincts reporting, after a campaign during which he championed progressive causes such as universal healthcare, renewable energy expansion and gun violence prevention.

The win is particularly significant in light of Colorado’s reputation as a “Hate State” — a moniker activists gave it after voters there passed a constitutional amendment in 1992 to prevent the creation of protections for the LGBTQ community.

Polis has been open about his sexuality throughout his political career and before he was first elected to Congress in 2009. On the campaign trail, he emphasized his campaign’s distinction from the less “inclusive” tone of the Republican leadership.

“I think it really gives Colorado an opportunity to stick a thumb in the eye of Mike Pence,” he told state democrats in a June speech , “whose view of America is not as inclusive as where America is today.”

Mary Parker, president and CEO of the Victory Fund, a nationwide organization that supports LGBTQ candidates, told the Denver Post of Polis’ victory: “The fact that the state of Colorado, in 25 years, has gone from being dubbed the ‘Hate State’ to a place that can elect someone who is not just openly gay, but publicly gay, that’s historic.”

The original version of this story misstated the name of Jared Polis’ Republican rival. He is Walker Stapleton, not Walter Stapleton. 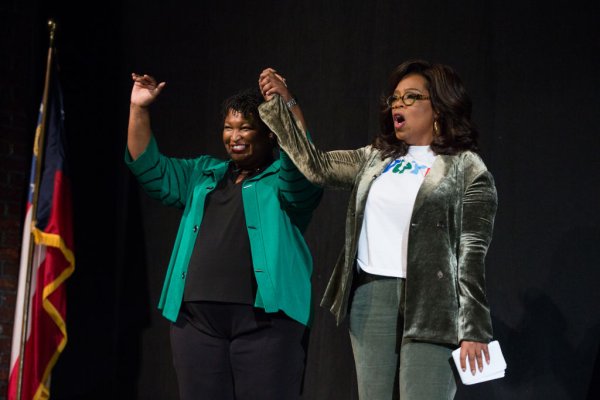