Kim Davis, the Kentucky county clerk who was jailed in 2015 for declining to grant same-sex marriage licenses, lost her bid for re-election Tuesday.

Davis, a Republican, was up for re-election as clerk in Rowan County, Ky. She faced Democrat Elwood Caudill Jr. and lost by about 700 votes, the Lexington Herald Leader reports.

Davis became a conservative icon following her controversial refusal to issue marriage licenses to gay couples after same-sex marriage was legalized in the U.S. in 2015. After spending five days in jail, she continued to serve as clerk in Rowan County.

This was the second time Caudill ran against Davis — he lost by 23 votes in 2014. He won a primary race this year against David Ermold, a gay man denied a marriage license by Davis, in a bid for the Democratic nomination.

After losing the nomination, Ermold accused Caudill of being a bigot who uses anti-gay slurs and said he would not vote for either him or Davis in the election, the Associated Press reports. Caudill has denied the accusations of bigotry. He told the AP in September that he would abide by the law when it comes to treating people equally. 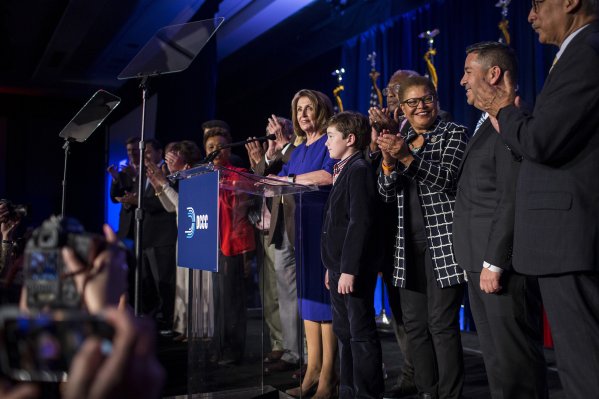 Democrats Win the House
Next Up: Editor's Pick