Voting issues have been at the forefront of the race between Democrat Stacey Abrams and Republican Brian Kemp over the course of the election. Abrams, who is running to become the first African-American female governor of any state, has made access to the ballot a core tenant of her campaign. Kemp, who currently serves as Georgia’s secretary of state, has been accused of using his position as the state’s chief elections officer to suppress minority votes.

Those issues came to a head on Tuesday, as voters across Georgia hit the polls. According to the Atlanta Journal-Constitution, voters stood in line for as long as 3 hours in some areas. In Gwinnett County, a judge ordered three polling stations open past the 7 p.m. closing time because of an earlier issue with voting machines. At least one polling station will be kept open until 9:25 p.m.

The NAACP of Georgia also won a lawsuit to keep two precincts near Morehouse and Spelman Colleges, both historically black institutions, open until 10 p.m.

Much of voters’ and advocates ire has been aimed at Kemp. In early October, he faced a lawsuit from civil rights groups for blocking the registrations of thousands of minority voters. Just last week, a judge ruled that new citizens whose voter registrations were flagged under the state’s “exact match” law should be permitted to vote. Some 3,000 voters could be affected by that decision.

And on Tuesday, a group of five Georgians filed a last minute lawsuit to keep him from engaging in counting votes or certifying the results of the midterm election. The suit cites Kemp’s recent unfounded allegation that Democrats had attempted to hack the state’s election system as well as the other challenges he has faced throughout the election.

“Allowing one of the candidates to not just preside over their own election but misuse their office to give them an unfair advantage is just anti-democratic and unlawful,” former Department of Justice Voting Rights Section attorney Bryan L. Sells, one of the attorneys representing the Georgia voters in their suit. 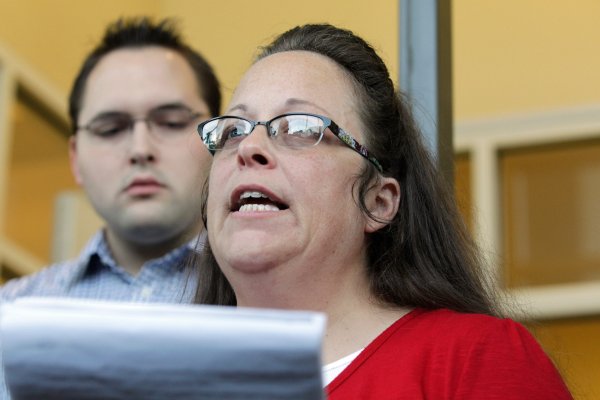