Brawl Breaks Out in South African Parliament: 'None of Us Can Be Proud About What Happened'

(Bloomberg) — South Africa’s parliament descended into chaos during a question-and-answer session with President Cyril Ramaphosa and was briefly suspended following a brawl that forced security officers to evict fighting legislators.

Scuffles and accusations of racism by the two biggest opposition parties, the Democratic Alliance and Economic Freedom Fighters, were followed by a fistfight between lawmakers from the EFF and Agang. Nazier Paulsen from the EFF, whose MPs wear red overalls to reflect their working-class support, jumped over benches to attack Andries Tlouamma, who had sworn at him.

The scenes were reminiscent of the fighting that regularly delayed sittings by former President Jacob Zuma, who the EFF would refuse to allow to speak amid allegations of graft. Proceedings have largely been cordial since Ramaphosa replaced Zuma in February, and in previous arguments, the lawmakers would battle with security personnel rather than their fellow legislators.

“None of us can be proud about what happened in the house today,” said Thoko Didiza, the presiding officer. 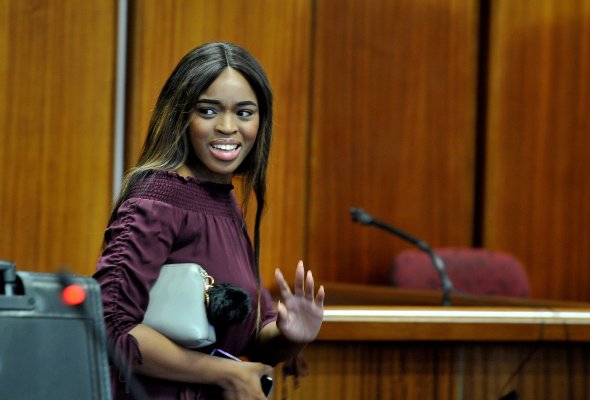 South Africans Rally for Rape Accuser After She Endured a Grueling Cross-Examination During Televised Trial
Next Up: Editor's Pick