Ariana Grande‘s exes have been a topic of public discussion of late, which is something she addressed through music when dropped her new song on Saturday night, a self-love anthem titled, “thank u, next.” In the catchy tune, she name-checks four of her ex-boyfriends, including the late rapper Mac Miller and her recent ex-fiancé, Saturday Night Live comedian Pete Davidson, all while thanking them for what they brought to her life and taught her.

The song, which ultimately celebrates Grande’s relationship with herself, also had three lines that one could safely interpret was about her exes: “one taught me love/one taught me patience/and one taught me pain,” which piqued the interest of the Internet. Twitter soon discovered that these three lines could apply to pretty much any fandom, ranging from Sex and the City to the NBA, and as a result, wasted no time in making Ari’s song into a meme for the ages.

See the best meme interpretations of “thank u, next,” below.

RuPaul’s Drag Race got the “thank u, next” treatment.

While shows like The Office and Parks and Recreation used the meme to rank their own romantic dalliances.

The NBA wasn’t about to be left out of the fun.

And as always, a Nic Cage meme is perfect for any occasion.

Sex and the City fans got a kick out of this meme.

While these meme had Twitter users singing, “here we go again!”

This meme may have accurately summed up all the feelings that everyone had during A Star is Born. 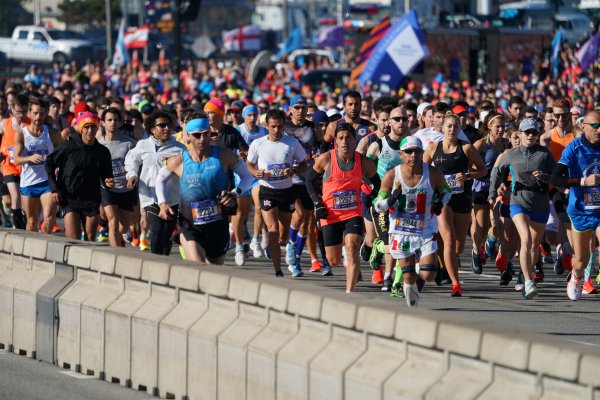 Some People Have Questions for the Guy Who Popped the Ultimate Question to a Runner During Her Marathon
Next Up: Editor's Pick