Why Slang Is More Revealing Than You May Realize

Jonathon Green is a scholar of slang, a man who has spent nearly 40 years treating a lowbrow subject with highbrow rigor. Surrounded by glutted bookshelves in his London flat, the 70-year-old can explain the mysterious machinations of etymology. He can also tell you a lot of words for “fart.” In fact, a quick search of Green’s database pulls up 84 such terms in just 0.002 seconds. There’s air biscuit, trouser chuff and cheeser. The latter, according to his opus, Green’s Dictionary of Slang, has been in use since at least 1811.

And Green is not the only one devoting a substantial intellect to establishing how long English speakers have been “gurking blurters” and the like. The Oxford English Dictionary recently launched a public appeal asking individuals to submit “unique words and expressions” that the kids are using. Why? Because slang captures elements of humanity that are not recorded elsewhere.

“What slang really does is show us at our most human,” says Green, who is also known as “Mister Slang.” It is the linguistic equivalent of our “unfettered Freudian id,” proof of how deeply we desire social affirmation, how subversive we can be and, in some ways, how unchanging humans are. After all, while the words may change, the thematic areas (sex, drugs, crime, insults, etc.) have remained unwavering for half a millennium. So has slang’s primary purpose: to playfully disguise true meaning in a way that determines who is in the know and who is out.

And yet discovering the true path and meaning of slang is challenging work, for lone scholars like Green but even for experts who have institutional backing coming out their ears.

What the kids are saying

“Slang is notoriously difficult to track historically,” explains linguist and lexicographer Ben Zimmer, “because slang is very often the kind of language that resists standard treatment.” Slang often gets spoken before it gets written down, much less published and added to archives that professionals scour. Meanwhile, meanings shift, new words get coined and old words get reinvented in ways that are designed to be confusing (for adults in general, as well as other outsiders and meddling authority figures).

This is part of the reason that the OED, which has long positioned itself as the definitive record of the English language, launched their “youth slang appeal.” Submitting words isn’t a guarantee they’ll end up in the dictionary but it does mean the editors will consider researching them, defining them and adding them to the ranks.

It’s not the first time they’ve turned to crowdsourcing. As editor Jeffrey Sherwood explains, the OED once ran ads in newspapers that asked readers, when they came across an unusual word, to write it down and send it in. In recent years, the process has gone online and changed shape: rather than asking the public to help the editors collect evidence about specific words, the OED has been appealing to the public for examples that fit a category. A “regional appeal,” for examples, asked people for words that are only used in their geographic area, yielding terms such as bunny hug (a Canadian phrase for a hooded sweatshirt) and hammajang (a Hawaiian word for things that are in a disorderly state).

The slang appeal, which launched around the start of the school year, has so far yielded more than 745 submissions, including terms such as snatched and lowkey. The latter, which appears deceptively familiar, shows just how hard slang is to pin down. Low-key, an adjective meaning muted or restrained, has been around for the better part of a century. But for some years now, the hipper among us have also been using it as an adverb. My teenage cousin Annie provides the example of: “That boy is lowkey cute.” People are also using highkey in a related vein, as in “I highkey miss middle school.”

So what do they mean? Some people say they use lowkey to mean kinda or to verbally mark something that should be kept private, while they might use highkey to suggest that they’re trying to be relaxed about something and failing. But there’s more nuance and variance to it, the kind that professionals like Green and Sherwood distill from looking at piles and piles of examples that show how a word has been used over time by various communities. And they will likely do a better job if the public lends a hand.

When language defines us

It may turn out that the newer lowkey can be traced back to a particular demographic, revealing something about the flow and tug of culture and language. Much American slang has gone mainstream after being invented by African Americans. And slang terms are often used to forge bonds in subcultures, as well as in-crowds and youth. The history of a word like cool, for one, is not just about a gap between generations but representation and appropriation.

Slang, as Zimmer explains, allows “cultural groups to create their own kind of territory through language.” When a word seeps beyond the original group who uses it to signal shared attitudes, that can be just as hurtful for the old speakers as it is exciting for the new ones.

Snatched, Sherwood says, may be an example that came from LGBTQ speakers. He suspects the term, which is used to mean perfect or on point, originally comes out of drag-queen culture — perhaps suggesting something is so shockingly good that it warrants the expression one would make if a wig were snatched off their head. (See this Know Your Meme writeup on a related usage of wig, tracing it back to African American Vernacular English.) Slang can “condense so many emotions and attitudes in a concise, powerful way,” Sherwood says.

Per Green, the earliest known slang was used among criminal groups centuries ago, as a way to keep their communication from being understood by authorities. It has always been used, on some level, to say “we are the marginal folk,” as he puts it. Slang can be mean and uncaring and disgusting. It can also bind people and define the boundaries of the gang. “It confirms that we’re together and it confirms that you’re not one of us,” Green says. “Again, a human phenomenon. We want to put our arms around each other, as an element of self-defense.”

A treat for readers

Unfortunately, despite the public’s enduring fascination with slang, scholarly treatments of it can be a tough sell. Having struggled to draw subscribers to his database (or find a publisher willing to provide ongoing support for his work), Green recently decided to make his historical dictionary of more than 135,000 words and phrases available for free, clams be damned. This means that, for the first time ever, this referential treasure can now be accessed by anyone. Each term he defines is traced back through time, often centuries, with citations showing how English speakers used it along the way.

If enough people visit Green’s site now that it’s free, he may be able to make some money from advertising and better support his study, teaching us a little bit more about how people work with each new term he digs into. But he will keep working all the same. Green has added thousands of terms since the dictionary went online and, like the OED, remains open to suggestions for the slang he should look into next. 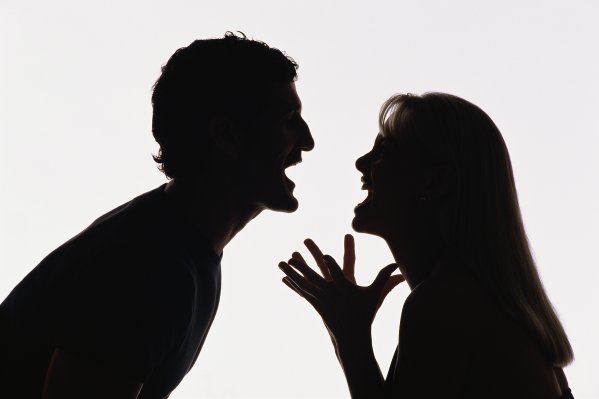 Your Brain Works Against You When You Argue With Your Significant Other. Here’s How to Fix That, According to an Expert
Next Up: Editor's Pick