I spent over three years as a 4-star Admiral and Commander of U.S. Southern Command from 2006 into 2009, in charge of all U.S. military forces throughout Latin America and the Caribbean. Part of my duties entailed traveling extensively from my Miami headquarters through the countries of Central America that have been cleaved by violence. I have traveled many times through much of what is now the route taken by, at minimum, 5,000 migrants traveling in caravans or other groups—most of whom are fleeing Honduras, Guatemala, El Salvador and Nicaragua—and led the U.S. military forces in those nations. As I look at the plan to deploy at least as many U.S. troops to our southern border to stop what President Trump incorrectly calls “an invasion,” I believe we are making a significant mistake.

These active-duty troops are ill-trained, improperly equipped and badly organized for this mission. They are taught to apply lethal combat power to our nation’s enemies. The chances of them making a mistake in a tense situation—even if they are operating in support—is significant. There is no need for imposing this risk on what is clearly a law-enforcement activity, one that should be left to civilians. If we need more Border Patrol officers, we should hire them—not throw active-duty military at the problem.

This situation would be made worse by the opportunity costs. Every day these troops spend deployed at the border—away from their families, by the way, as the holiday season unfolds—is a day in which they will not be training and preparing for their real mission: combat operations. As I look at the units selected for this mission, many of them will have to stop their training for deployments to Iraq, Afghanistan and Syria, where we have active combat in progress. They could also instead be preparing to back up U.S. troops in Korea if that situation heats up again, or training for deployment to the Arabian Gulf as America reimposes sanctions on Iran and tension increases. This so-called “deployment” will waste not only dollars—up to $200 million by year’s end, according to an independent analysis—but also, dangerously, precious training time.

Besides, the likelihood of a true, large-scale mission on the border is very low. The migrants are hundreds of miles away, largely women and children, moving very slowly and only seeking a chance to state their case for asylum and refugee status—which they are unlikely to receive from the U.S. A far better solution than an active-duty force is to broaden our cooperation with Mexico, which is handling the caravan challenges reasonably well and following their domestic law and international policy on movement of refugees. We could, for example, build refugee centers to process these asylum seekers in a humane, sensible fashion with both nations’ border authorities working together.

What do we get from this action, then? The terrible optics of the U.S. essentially closing our border with military force—as Mexico copes with Central-American refugees, and both Colombia and Brazil face true refugee crises as they seek to accommodate over two million Venezuelans, most of whom are malnourished, the U.N. reports. To a region that has suffered multiple U.S. invasions and incursions from the U.S. military over the past 150 years, this evokes old, disquieting ghosts.

We should control our border. But sending the military won’t help that cause. And for many of the same reasons, a “big beautiful wall” won’t work either. Frankly, we could build a 30-foot wall along the almost 2,000-mile border (at enormous cost), but here’s a secret that I know because I’m an Admiral: just to the left of the wall, there’s an ocean. If all we do is try to block entryways, people will try to get here in a variety of ways—including by sea.

There are better ways. We should build a “smart” wall that includes some high, solid barriers; lots of unmanned surveillance in the air, on the ground and at sea; lighter obstructions wherever needed; artificial intelligence analyzing trends and predicting pressure points; and, above all, a well-financed, highly motivated, all-volunteer Border Patrol force working with local law enforcement. Alongside that smart wall should be a regional effort to address root causes of migration—crime, drugs, corruption and failing rule of law—that includes the U.S. and Canada as well as our neighbors to the south.

In the course of my career, I’ve ordered our active-duty military into many legitimate missions in Latin American and the Caribbean, ranging from fighting insurgents in Colombia to counter-narcotics throughout Central America to disaster relief following earthquakes in the Caribbean. Those were sensible, cost-effective missions. This one is not, and the President should reverse course. 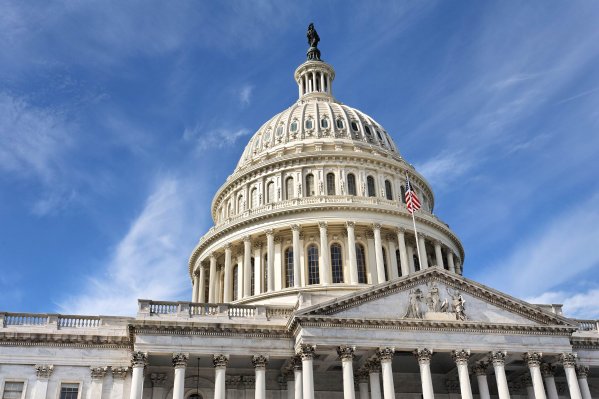 Why Do Midterm Elections Even Exist? Here's Why the Framers Scheduled Things This Way
Next Up: Editor's Pick