'Their Apology Won't Mean Anything to Me.' GOP Candidate Dan Crenshaw Responds to Pete Davidson Making Fun of His Eyepatch on SNL

Saturday Night Live comedian Pete Davidson is facing backlash after mocking Dan Crenshaw, a Republican congressional candidate from Texas who lost an eye from an IED while serving in Afghanistan.

On Sunday, Crenshaw recorded a video response. He prefaced it by saying, “I want us to get away from this culture where we demand apologies for every time a person misspeaks. I think that would be very healthy for our nation, to go in that direction.”

He continued, “But I would like him and Saturday Night Live to recognize something. Which is that veterans across the country probably don’t feel as though their wounds they received in battle should be the subject of a bad punchline for a bad joke. And here’s the real atrocity in all this: it wasn’t even funny.”

On Fox & Friends Monday, Crenshaw elaborated: “They certainly crossed the line, but their apology won’t mean anything to me. I think what they should do is maybe pull their money together and donate to some veterans charities out there who could really use some help.

Davidson’s comments provoked online responses from Republican figures and those with military connections. Marsha Blackburn, a Senate candidate from Tennessee, said: “The unhinged Left has respect for no one, including our nation’s war heroes.”

“What a disrespectful little punk. The pajama boys that mock men of real courage and patriotism always seem to be on the Left,” tweeted conservative radio host Buck Sexton.

NBC did not immediately return a request for comment. 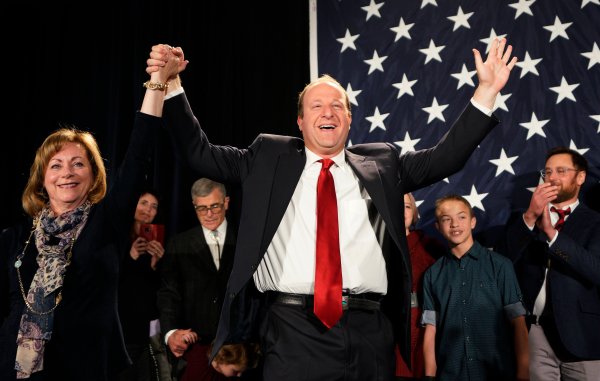 These Candidates Made History in the 2018 Midterms
Next Up: Editor's Pick