Sen. Ted Cruz, a deeply conservative Republican who is a proven political survivor, fought to victory Tuesday night over a charismatic newcomer whose supporters were already clamoring for him to start running for President in 2020.

Cruz led consistently in the polls throughout the campaign, yet Beto O’Rourke admirers kept flocking to his rallies and offices on the hopes that, maybe, the three-term Congressman from El Paso could become the first Democrat to win statewide since 1994. As early votes came in on Tuesday, there were even moments when O’Rourke was leading.

In the end, political inertia held strong in Texas. While newcomers are moving there in droves, largely because its economy is growing at breakneck pace, they’re not sufficient to break the Republican hold on its politics. The state GOP is among the strongest in the country and its campaigns coordinated to turn out more than 3 million early voters who were likely backers of Republican contenders.

The final days of the race saw many Republicans nervous about Cruz’s chances. Polls have their limits, O’Rourke’s late fundraising was unmatched in any race in the country and there was just something in the air. Tens of thousands of calls were made and doors knocked to help O’Rourke in the final days, and eight House districts with incumbent Republicans were seen as potentially in play.

That’s where Cruz stepped up his survival instinct and borrowed from Trump’s playbook. Citing a video from a conservative provocateur whose past works have deceptively edited secret recordings, Cruz alleged O’Rourke was funding a caravan of immigrants looking to flood the United States illegally. (The recording actually showed an O’Rourke supporter telling an “undercover” conservative trouble-maker that they may quietly use campaign resources to help immigrants already in the country and awaiting adjudication of their asylum claims.)

But true to form, Cruz didn’t let up. He kept hammering O’Rourke as dangerous to Texas and Texans. He cast O’Rourke as an out-of-touch, elitist interloper. (Cruz, of course, was born in Canada and has degrees from Princeton and Harvard.) While O’Rourke was hustling in small towns across the state with a come-one-come-all message, Cruz was targeting with laser precision the voters he needed to form a coalition of necessity.

O’Rourke, whose campaign drew comparison’s to Barack Obama’s, campaigned apart from party labels. At campaign stops, he seldom let on that he was a Democrat. His campaign signs, in fact, were not Democratic Blue but rather a flat black. And he seldom antagonized Cruz by name, instead urgings his crowds to aspire to be beyond politics.

Still, though, Texas showed durable in its conservative leanings. Optimistic Democrats, who haven’t won statewide since 1994 and haven’t sent a Democratic Senator to Washington since 1988, saw O’Rourke come up short, even if he succeeded in energizing a new corps of activists and maybe changed the playbook for Democrats to run in conservative corners. 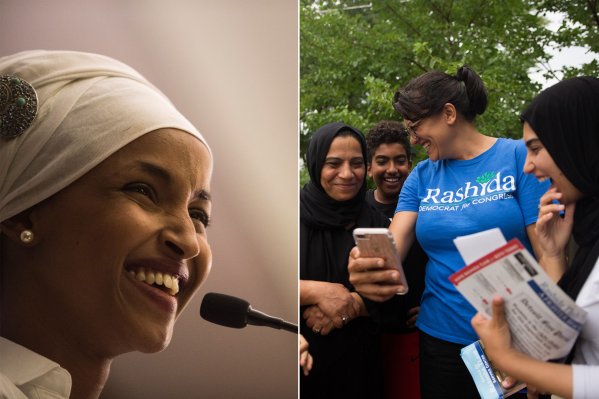