On Friday, a federal judge ruled against Georgia Secretary of State Brian Kemp, allowing 3,141 people who were ineligible to vote the opportunity to cast their ballots on Tuesday’s midterm elections.

U.S. District Judge Eleanor Ross granted an injunction, ordering Kemp to allow people previously flagged as ineligible to vote if they present proof of citizenship to county election officials. If the person shows up to the polls without proper documentation then officials must let them come back with proof or allow them to cast a provisional ballot, giving them until the Friday after the election to return with proof of citizenship. The suit was brought by the Georgia Coalition for the People’s Agenda, protesting Kemp use of the state’s “exact match” law, in his capacity as secretary of state.

The ruling said allowing these people to vote was in the public’s best interest.

“These individuals will suffer irreparable harm if they lose the right to vote, this harm outweighs any harm to the
Defendant, and granting an injunction is in the public’s interest,” the ruling said. “The Court recognizes the administrative burden the Court’s order may place on Defendant, particularly this close to the election. However, the Court finds that this burden – disseminating information about who may check proof of citizenship and training poll managers how to do so, as set forth below – is minimal compared to the potential loss of a right to vote altogether by a group of people.”

Over 50,000 voters in Georgia have been flagged as ineligible, due to errors with their voter registration information. Applications that did not exactly match the information on file with the Georgia Department of Driver Services or the Social Security Administration were put on hold. The state barred these voters from voting, claiming they could not confirm their citizenship, leading to the voting rights group to sue the state.

Kemp, Georgia’s GOP gubernatorial nominee, is currently in a high profile race against Democrat Stacey Abrams, who has received support on the campaign trail from former President Barack Obama and Oprah Winfrey. If elected Abrams would be the first black female governor in United States history.

As Secretary of State, Kemp is also in charge of voter registration in Georgia. Democrats believed that Kemp supported the “discriminatory” law because it would suppress the minority vote.

In a statement issued to the Washington Post, Kemp’s spokeswoman, Candice L. Broce, called the ruling “a minor change to the current system.” 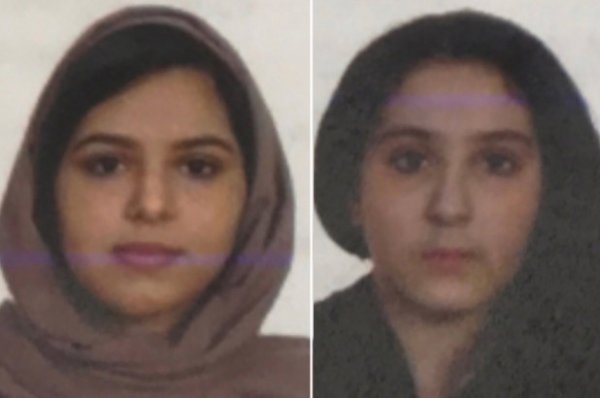 Police Say Saudi Sisters Found Duct Taped in the Hudson River Would 'Rather Commit Suicide than Return to Saudi Arabia'
Next Up: Editor's Pick