Democrats Just Won the House. Here's What They Plan to Do First

Scarred by the 2016 election, many House Democrats had been incredibly cautious about publicly discussing what they might do if they regained the majority after the midterms.

But in the past week, with polling swinging in their favor and House Minority Leader Nancy Pelosi publicly projecting victory, some details began to trickle out about the party’s plans now that it is back in power in the lower chamber.

Although the exact margin has yet to be determined, Democrats are now projected to hold a majority, thanks to voters unhappy with the Trump Administration, and the first order of business will be highlighting transparency and accountability.

The first major legislative effort will be an ethics reform package that is expected to incorporate proposals for campaign finance reform, voting rights and ethics and accountability. The bill is still being drafted, but Democrats are expecting it to introduce it early in the new Congress. Other top priorities include infrastructure and reducing prescription drug prices. All of these topics theoretically have potential for bipartisan cooperation, although it remains to be seen whether that will actually come to fruition.

At the same time, the incoming chairs of 21 House committees will be looking for ways to hold the Trump Administration officials’ feet to the fire, mainly by pressing forward on investigations they feel were ignored under the Republican majority.

This effort will largely be led by the Committee on Oversight and Government Reform, which will likely be chaired by Maryland Rep. Elijah Cummings. This work, however, will almost inevitably broaden to include all committees that have a section solely devoted to oversight. The intelligence and judiciary committees will also probably find their work in the spotlight, as will Ways and Means, which has the authority to request President Donald Trump’s tax returns from Treasury Secretary Steve Mnuchin.

Democratic Rep. Jerry Nadler said in a statement that the results are an indication that “Americans are demanding accountability.”

“We need to get in there and see what’s happening,” said Maryland Rep. John Sarbanes, who sits on the oversight committee. “Our job is to put the information in front of the American people so they can make a decision about who they want to be running the federal government.”

Read More: Nancy Pelosi Doesn’t Care What You Think of Her. And She Isn’t Going Anywhere

How they accomplish this objective, however, is nearly as important as what they may discover. And while their newly minted position of power gives lawmakers the power to essentially subpoena the president and the administrations for whatever answers they are seeking, veterans of Congress are urging restraint.

“What I’ve been telling my Democratic colleagues and friends is that they have a responsibility to use the oversight powers responsibly, in a credible way. If they abuse those powers they will have no credibility which is a bad result for what they’re trying to do,” said Henry Waxman, who led Democrats on the oversight committee for over a decade and has been in frequent contact with ranking committee members and House leadership. Waxman said lawmakers in his party should study the way Republicans investigated the 2012 attack on Benghazi — and then do the exact opposite.

“If [a] committee chairman said ‘Oh, we’re going to investigate Trump and look for anything he might have done that was wrong or criminal or against the rules.’ …. That would be an abuse of power,'” he said. “I think it would be a serious mistake.”

So far, House leadership committees that have divulged some semblance of their plans seem to be heeding Waxman’s advice. “We are not going after Republicans the way they went after us,” Pelosi said at Democratic Party headquarters on Tuesday. “We are the Democrats and the Democrats have an open and transparent congress that will strive for bipartisanship.”

Cummings’ goals for oversight are aligned with this rhetoric. His idea for the committee’s objectives is twofold, according to a Democratic staffer: to expose what Democrats deem the waste and fraud of the Trump administration while simultaneously working on policy issues. The first half of that mission incorporates the investigative work, which is likely to include Trump’s financial conflicts — including inquiries into whether failing to disassociate from his business violates the emoluments clause of the Constitution — as well as controversies surrounding members of his administration, whether it’s Jared Kushner’ security clearances or former EPA Director Scott Pruitt’s misuse of taxpayer money. The President’s immigration policies are also expected to come under a microscope.

“What I have been asking my Republican chairmen to do all along is to gather the facts about the crisis of corruption in the Trump Administration,” Cummings said in a statement provided to TIME. “The waste, fraud, and abuse is plain to see—and the most important thing for the Oversight Committee to do is to use its authority to obtain documents and witnesses, and actually hold the Trump Administration accountable to the American people.” 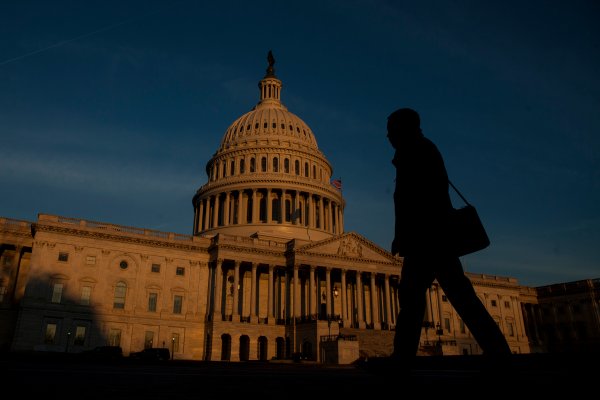 Democrats Put Ethics Reform at Top of Legislative Agenda
Next Up: Editor's Pick