Google is celebrating the Mexican holiday Día de los Muertos (Day of the Dead) with its own ofrenda (altar) decked out with painted calaveras (skulls).

The skulls featured on Friday’s Google Doodle are lined with traditional marigold flowers and candles. Google “Doodler” Nate Swinehart hand-crafted the skulls used in the image out of clay, according to Google.

The holiday, which is held every Nov. 1 and 2, intermingles the Roman Catholic celebration of All Saints’ Day and All Souls’ Day with traditions first started by the Aztecs, Toltecs and other peoples native to Mexico. The event is marked each year with parades, parties and colorful costumes.

“Day of the Dead (or El Día de los Muertos) is an ancient holiday dating back thousands of years to the Aztec Empire,” Google said. “In its essence, it’s a joyous occasion that’s about dispelling fear and embracing the cycle of life.”

Day of the Dead altars are typically placed in people’s homes, and are often lined by photos of the dead, as well as food and drink offerings like sugar skulls. 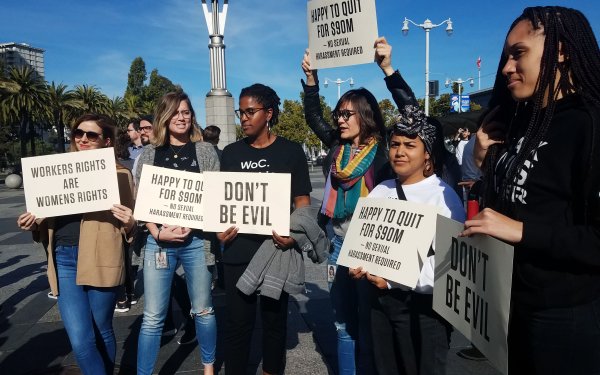 Google Employees Walk Out Over Sexual Harassment
Next Up: Editor's Pick