The son and daughter of a candidate for Missouri’s state legislature have a message for the public – don’t vote for their dad.

After Steve West clinched the nomination for Missouri House District 15 in June, news emerged of homophobic, anti-Semitic, Islamophobic and racist rhetoric he released on his radio show and website, according to the Kansas City Star.

“A lot of his views are just very out there,” she said. “He’s made multiple comments that are racist and homophobic and how he doesn’t like the Jews.”

Her brother, Andy West, also told the Star that he is concerned that electing his father would “legitimize him.”

“My dad’s a fanatic. He must be stopped,” Andy West said. “His ideology is pure hatred. It’s totally insane.”

Steve West denied being anti-Semitic in an interview with the Star on Sunday. He said that his children are biased against him because of his ex-wife’s influence.

“I subscribe to our Declaration of Independence that all men are created equal,” he said.

West had said on his radio show, The Hard Truth with Jack Justice, on Oct. 15 that he feels that he thinks the alliance with Israel has “been giving us gay marriage, pornography, abortion.”

“This is how they corrupt a Christian nation, because they are an anti-Christ people,” West said.

West did not immediately respond to a request for comment from TIME. 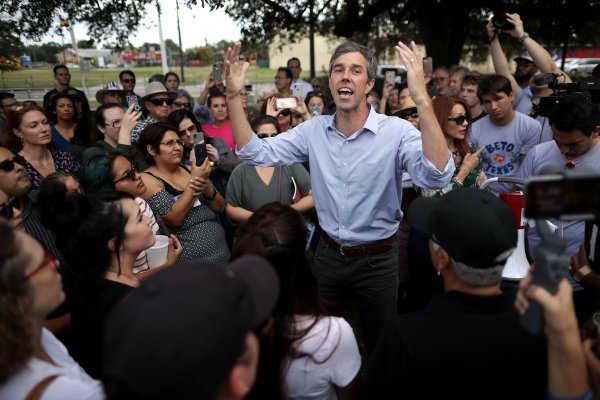 Can Beto O'Rourke Win? Texas Democrats Hold Their Breath
Next Up: Editor's Pick