The Gary Hart Biopic The Front Runner Is a Real Winner

Should a politician’s private life be tabloid fodder?
Sony Pictures
By Stephanie Zacharek

Nearly 30 years before the Access Hollywood tape revealed Donald Trump’s crass misogyny, only to be met with a resounding “So what?” by much of the public, an articulate and serious-minded presidential candidate was forced out of the 1988 race over his suspected marital infidelity. The accompanying visual was striking: a photograph of a former Senator from Colorado, Gary Hart, sitting on a dock in Bimini, with a woman in a white dress–a sometime pharmaceutical rep and actor named Donna Rice–perched on his knee.

That photo emerged more than two weeks after Hart left the race. The truly destructive force had swept through earlier: political reporters from several major newspapers dogged Hart with questions about his “womanizing,” feeling it was their duty to uncover every detail of his personal life. The last weeks and days of Hart’s campaign are the subject of Jason Reitman’s astute and painfully relevant political comedy The Front Runner, adapted from Matt Bai’s book All the Truth Is Out: The Week Politics Went Tabloid, and starring Hugh Jackman as the ill-fated Hart. If Hart’s private life held some not-ready-for-prime-time secrets, the behavior of the press covering him was arguably worse: in the movie’s centerpiece, a duo of Miami Herald reporters (Steve Zissis and Bill Burr) stake out Hart’s Washington townhouse, hoping to uncover dirt, later confronting him in the house’s alleyway. Hart stands his ground–Jackman is terrific, channeling Henry Fonda in John Ford’s Young Mr. Lincoln–but he can’t survive the onslaught.

The scenes between Hart and his wife Lee (played with no-nonsense fortitude by Vera Farmiga) are among the film’s best, exploring what can happen when the private dynamics of a marriage fall under public scrutiny. (The Harts, incidentally, are still married.) Hart’s story marked a shift in the way the press scrutinizes the personal lives of political figures–though as we’ve seen, unethical behavior doesn’t always work against politicians, or even Presidents. Whether you’ve been following politics for three years or 30, you’ll learn something from The Front Runner–but buckle up, because it’s gonna hurt. 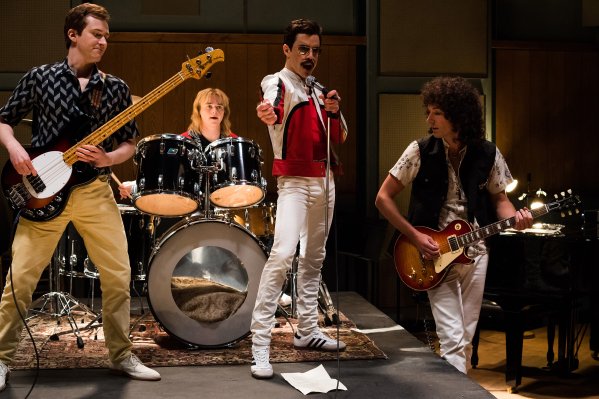