The Kepler Space Telescope Found Science and Art in Exoplanets

It’s a very good thing spacecraft can’t get bored, because if spacecraft could get bored, the Kepler space telescope would have gone out of its mind long ago. It was in March 2009 when NASA launched Kepler into orbit around the sun, pointed it to a small patch of deep space containing about 150,000 stars, and gave it one instruction: “Don’t blink — ever.”

Kepler, which was at last retired on Oct. 29 after running out of maneuvering fuel, obeyed, and that has paid off. What the spacecraft was patiently looking for were planets around those stars — or, more specifically, the dimming of light that occurs when an orbiting planet passes in front of its parent sun, obscuring a tiny bit of the star’s light. Such dimming is infinitesimal, the equivalent of removing a single lightbulb in a display of 10,000 bulbs, according to astrophysicist Natalie Batalha, director of the mission.

But that’s all it took. In the time Kepler was operating, it used that method to discover 2,327 confirmed exoplanets and another 2,426 candidates that have yet to be confirmed. Extrapolating that finding across the entire bowl of the sky, astronomers now believe that virtually every star in our galaxy — and, by extension, every star in every galaxy — has at least one planet. And some, like our sun, have many more.

“All of a sudden we’ve learned that planets are everywhere,” says astrophysicist Jessie Dotson, a project scientist on the Kepler team. “I think the biological potential of the galaxy is huge.”

That’s the key, of course, at least for humans: the possibility that we, living on our own tiny world, aren’t the only organisms at large in the cosmos.

Not all of the planets Kepler found would be fit to harbor life, or at least life as we understand it. Some are far too hot, some are far too cold, some sizzle with radiation from their too-close suns, some are gas giants (so-called “hot Jupiters”) with no surface to stand or swim or crawl on at all. What you want is a rocky world like ours, one that orbits its sun in what astronomers colloquially call the “Goldilocks zone,” where things are not too hot and not too cold, so water can exist in a liquid state. The next generation of telescopes will continue the hunt, some of them returning their focus to worlds Kepler first discovered, others looking elsewhere.

Alive or not, the planets Kepler discovered have a beauty and whimsy all their own: worlds with red suns, worlds with two suns, worlds with hemispheres on which day never dawns. NASA artists have captured some of that in a series of travel posters, executed in the artistic style of the Depression-era Work Progress Administration.

While Kepler detected the vast majority of known exoplanets, it didn’t discover all of the planets the posters depict — only the ones that actually carry “Kepler” in their names. Most of the others were spotted by astronomers on Earth using telescopes to measure a star’s radial velocity, or the wobble caused by the gravity of a planet orbiting it. Whatever the provenance of the planet, the art is playful, the science behind it is solid, and the mere knowledge that the worlds exist has helped transform our view of the cosmos.

Here’s a look at just a small handful of the exoplanets out among the cosmos:

Pegasi 51b: Kepler can’t claim this one. Pegasi 51b, which is 50 light years from Earth in the constellation Pegasus, was the first exoplanet ever discovered, on October 6, 1995, by astronomers using the radial velocity method. Don’t look for life on 51b: it’s about twice the size of Jupiter, has a surface temperature of 1,800º F and lies so close to its sun that it needs just four days to complete a single orbit.

HD 40307g: Another world discovered by the wobble method, HD 40307g is located 42 light years from Earth and orbits a small, orange star with just 75% of the radiant energy of our sun. It’s part of a litter of six planets circling the same star, but unlike its siblings, 40307g orbits in the Goldilocks zone. Its mass is about seven times that of Earth, with twice the gravitational pull. Much more important, it has a solid surface — and thus a place for life to get a foothold.

Kepler-16b: It isn’t Tatooine, Luke Skywalker’s home planet, but it’s not all that different either. Like Tatooine, Kepler-16b — located 200 light years from Earth and discovered in 2011 — orbits two stars, which themselves orbit each other. That means a double sunset and, like the poster promises, a double shadow if you were on the surface of the planet. Not that you could necessarily stand there, however. The planet is thought to be cold and gaseous, a low-mass, large-diameter world like Saturn. Pretty, but surely lifeless.

Kepler-186f: This one could be the jackpot. Discovered in 2014, Kepler-186f, located 582 light years away, is about the same mass as Earth and about 10% larger in diameter — well within the rocky range. It’s three times closer to its parent star than Earth is to the sun (32.5 million miles versus 93 million miles) but that star is a red dwarf, which means it’s much cooler than our sun. That, in turn, puts the planet squarely in the habitable zone. If water and atmosphere exist there, and if the planet survived the high radiation level red dwarfs can give off, life could take hold.

PSO J318.5-22: This is easily the saddest world in the known sky. Discovered in 2013, the planet is big enough and bright enough to have been spotted directly, in the infrared spectrum, via a telescope in Hawaii. The reason it could be detected that way is that it actually had aspirations to be a star, but wasn’t even big enough to make it into the humbler star stratum known as the brown dwarf. Instead, with a mass only six times that of Jupiter, it is officially a planet — an orphan planet, tethered to no star, and instead floating through space alone, 80 light years away. Next time you look toward the constellation Capricorn, where PSO J318.5-22 roams, spare it a thought.

Trappist-1e: What PSO J318.5-22 lacks, Trappist-1e has in abundance: family. Discovered by the Spitzer Space Telescope using the same transit method Kepler used, Trappist-1e is part of a litter of seven roughly Earth-sized planets orbiting a star 40 light years away. All seven planets could in theory harbor water. But Trappist-1e occupies the number four position, which in that solar system is the sweetest of the sweet spots, where liquid water is likeliest. All of the planets also huddle close to the hearth of their comparatively cool, red dwarf sun — so close that Trappist-1e needs just over six days to complete an orbit. 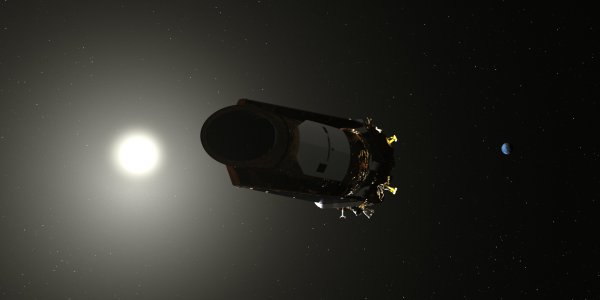 NASA Kepler Space Telescope Retires After Years of Discovery
Next Up: Editor's Pick