U.S. Sailors and Marines Drank so Much in Iceland They Caused a Beer Shortage at Bars in the Capital

American service members participating in NATO training exercises in the North Atlantic drank so much they caused a beer shortage at bars in Reykjavik during a stopover in Iceland.

Nearly 7,000 sailors and Marines were in Iceland after Trident Juncture 18, a NATO training exercise in Norway and the surrounding areas of the North Atlantic and the Baltic Sea.

According to local blogger Eiríkur Jónsson, bar owners at one bar, Sæta Svínið, had never dealt with such an overwhelming demand for beer and were forced to borrow alcohol from better-stocked bars. The American service members reportedly preferred Icelandic beer over imports.

Iceland, population 333,000, is NATO’s smallest member and does not have a military. The sailors and Marines came in last Wednesday and were gone by Sunday when the American ships left port.

American Bar bartender Ingvar Svendsen, told Stars and Stripes that they were forced to restock their beer supply to accommodate the American service members.

“We had to send people out of the bar to our warehouses to bring beer back as quickly as possible,” he told the newspaper. “Other bars ran out of beer altogether.”

Svendsen added that the Americans were fun to tend to.

“(The Americans) were very polite and friendly, and caused no problems at all,” Svendsen said. “It looked like they were having a lot of fun. It was fun for us too, having them here.” 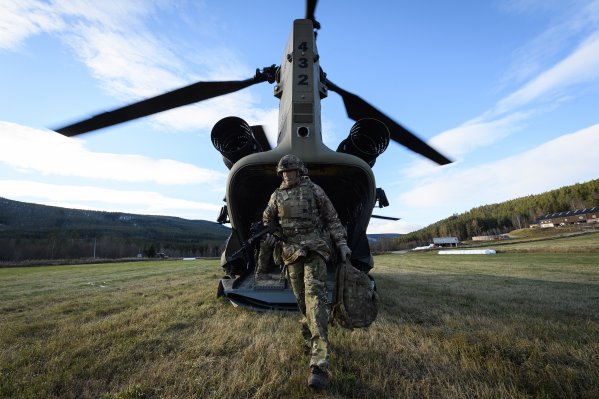 NATO Is in the Middle of an Expensive and Dangerous Military Exercise. Here’s Why Those War Games Are Worth It
Next Up: Editor's Pick