Stephen Colbert has denounced President Donald Trump’s response to the mass shooting that took the lives of 11 people at Pittsburgh’s Tree of Life synagogue on Saturday.

Colbert opened Monday’s episode of The Late Show with a solemn monologue in which he condemned the hate that led to the tragedy.

“It was the worst act of violence against Jewish people in U.S. history,” he said of the massacre. “It’s tragic, it’s sickening and our thoughts are with the victims, their families and the larger Jewish community. But more than that, I want to say hate is not what America stands for. And tonight, all of us are with you.”

The late-night host went on to slam Trump’s reaction to the deadly attack on the synagogue in Pittsburgh’s Squirrel Hill neighborhood.

“Naturally in times like these, our nation looks to its president for comfort and guidance. That’s our first mistake. Immediately after the shooting, Trump told reporters how the attack in Pittsburgh could’ve been prevented. Spoiler alert: It’s more guns,” Colbert said before mocking Trump’s suggestion that an armed guard could’ve stopped the shooting. “Yes, it’s so simple. In fact, why didn’t the Jewish people have an armed guard for the last 5,000 years?” 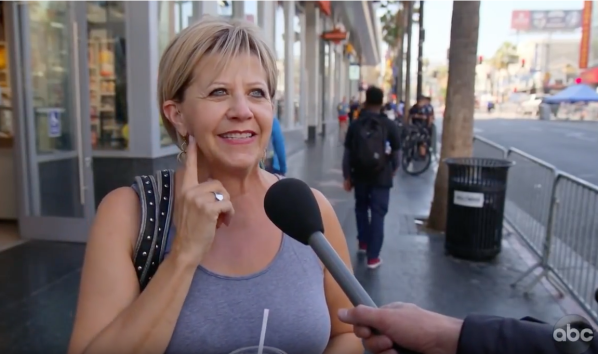 Jimmy Kimmel Asked People to Name Their Favorite Novel and It Didn't Go Very Well
Next Up: Editor's Pick