Exercise Is Great. But Even Light Activities Like Walking and Housework Can Improve Your Health

For many, the phrase physical activity conjures sweaty runs or power-lifting sessions at the gym. But the latest federal guidelines support a much broader — and ultimately less intimidating — definition of what it means to be active: one that includes less obvious pursuits like taking the stairs, raking leaves and even bird-watching. This subtle shift in messaging may help Americans prevent chronic disease, improve their mental health and even live longer, experts say.

The new federal physical-activity guidelines were updated in November for the first time since 2008, and they still urge adults to do 75 minutes of vigorous (or 150 minutes of moderate) aerobic activity each week, plus muscle-strengthening sessions like weight-lifting or yoga twice a week. But only 23% of Americans do so, and a recent study found that a quarter of American adults sit for more than eight hours per day. The addition of a simpler imperative to the guidelines—“move more and sit less,” no matter what form that movement takes or how long it lasts—may help more people to meet them.

If more Americans follow that credo, they stand to gain significant health benefits. Recent research suggests that activities you’d never think of as exercise, like running errands and cleaning the bathroom, still have longevity perks. In a study of older women published last year in the Journal of the American Geriatrics Society, with each 30-minute chunk of light activities like these, people lowered their risk of dying early by 12% compared to their more sedentary peers. And a 2018 study found that among older men, each additional half hour of light physical activity, such as walking or gardening, slashed their risk of early death by 17%.

Even things like standing on the subway or walking while you talk on the phone, rather than sitting down, can have an impact, says Jacque Crockford, a certified personal trainer with the American Council on Exercise. Studies show that these easy activities—known scientifically as non-exercise activity thermogenesis, or NEAT—are associated with lower body weight, better overall health and increased lifespan. “It’s important to recognize the difference between planned exercise and just being active,” Crockford says. “We put a lot of weight on the exercise part, rather than thinking of it as, ‘I’ll just move my body.’”

That every movement counts may be the message Americans need to hear to get more active, says Jack Raglin, a professor of kinesiology at the Indiana University Bloomington School of Public Health. “The fitness industry tends to keep people focused on the standard modes of activity, but it can be a big hurdle to go to a gym or to join a class, especially if you are older, not fit or overweight,” Raglin says. “You want something that’s convenient and not too hard for most people, and that you can do any time or place.”

Preaching exercise benefits that go beyond physical health may be another way to coax reluctant exercisers to move more, Raglin says. Exercise is associated with everything from better mental health to improved sleep quality and more creative thought, but those perks are often overshadowed by things like weight loss, muscular strength and conditioning, which may not appeal to some would-be exercisers.

“When you exercise, let’s say your blood pressure goes down and your cholesterol goes down. Those are health benefits that don’t make you feel any different whatsoever, even though they’re very important,” Raglin says. “But when you exercise and you feel less stressed and more energetic and less fatigued, those are very profound.”

Even better, research suggests that these benefits can also be achieved through light and moderate activity, as well as vigorous exercise. A study published earlier this year in the Lancet Psychiatry found that getting two to six hours of physical activity per week, including more leisurely forms such as walking and housework, measurably reduced the number of poor mental health days an individual reported each month. And plenty of research has shown that calming activities such as nature walking and “forest bathing” come with a slew of perks, ranging from lower stress levels to less depression and anxiety.

At the very least, Crockford adds, helping people accept that even light physical activity can make a difference in their health might make gym-goers feel less guilty when they miss a planned workout — yet another mental health perk.

Of course, there’s still a place for formal exercise, especially if you lead an otherwise sedentary lifestyle: It may help you reach your goals faster, and vigorous exercise often brings the biggest health benefits, at least for young, healthy people. But even if you don’t move enough to meet the federal recommendations, any progress towards them likely corresponds to better health, says Michael LaMonte, a research associate professor of epidemiology and environmental health at the University at Buffalo School of Public Health and Health Professions, and one of the authors of the recent study touting the benefits of cleaning and running errands.

“Don’t put a time scale on it; don’t put an intensity on it,” LaMonte says. “We need to go back to the old days, when movement was a way of life.” 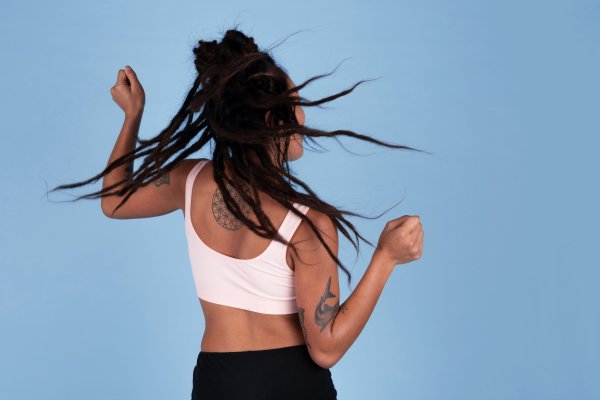